Regents professor Kenton Wilkinson was named as the publication's editor.

Formerly known as the Journal of Spanish Language Media, Texas Tech assumed control from the University of North Texas' Center for Spanish Language Media, which published the journal for the last six years. Kenton T. Wilkinson, the Thomas Jay Harris Regents Professor in Hispanic and International Communication, was named the publication's editor. 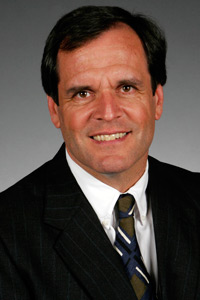 “Sponsorship of the journal raises the research profile of both the institute and the College of Media & Communication,” Wilkinson said. “Having the journal based here complements the collaborative and individual research activities being pursued by faculty and student affiliates of the institute.”

Wilkinson said the name of the journal was changed to be more inclusive to bilingual and English-language media directed toward Hispanic audiences in the U.S. while maintaining an international focus. He hopes to publish articles that show a broad range of research methods and quality research to promote Hispanic media.

Research from the Texas State Demographer shows Hispanics will become the state's largest racial/ethnic group by 2019 and will be the majority group by 2040.

“Hispanic students are already the majority population group in the state's public schools at 50.2 percent and are projected to account for two-thirds of Texas schoolchildren by 2050,” Wilkinson said. “Texas Tech is actively working to accommodate this shift by increasing the diversity of its student population and striving to attain Hispanic Serving Institution status.” 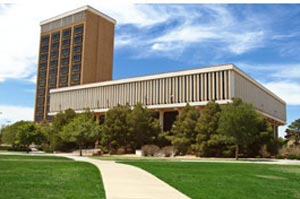 The Thomas Jay Harris Institute for Hispanic and International Communication is located inside Texas Tech's College of Media & Communication building.

Other changes, other than a shift in headquarters from Denton to Lubbock, are a redesigned website and new email addresses as well as editorial policies that allow for publishing of Spanish-language manuscripts as well as other articles and commentaries. The digital platform will include new images, animation and audio.

“The journal is widely recognized as the key gathering place for analysis of Spanish language media by professionals and academics alike,” said David Perlmutter, dean of the College of Media & Communication. “Wilkinson's leadership establishes Texas Tech as the host of the conversation about this important field.”

The first volume of the International Journal of Hispanic Media is available for viewing online at www.internationalhispanicmedia.org.