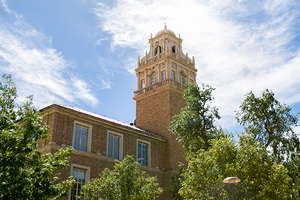 Earlier this year, Dean Mark Sheridan predicted enrollment in Texas Tech University's Graduate School would rise between 3 and 6 percent, but realistically expected about a 4 percent increase.

When enrollment numbers were released in late September, Sheridan was pleasantly surprised to find he was wrong. Enrollment in graduate programs is at 5,882 students, up 8.4 percent from fall 2013. The school also had a record number of applicants this year.

Sheridan attributed the growth both to the increasing need for a workforce with graduate degrees and Texas Tech's growing visibility in the state and nationwide, due in large part to increased recruiting efforts both domestically and abroad, and more research opportunities for incoming students.

“They're starting to hear about Texas Tech as a place on the move, a place in transition, a place with growth opportunity,” he said. “I think that has translated into greater interest from students.” 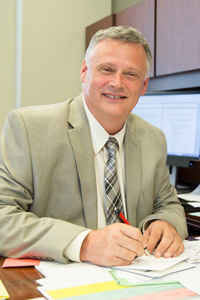 The recruiting focus now is on touting what the university offers – research opportunities, preparation for a high-tech, global economy – and continuing with what's working. Texas Tech is in the 17th percentile of doctoral degrees granted in the country and about the same for doctoral degrees in the science, technology, engineering and math (STEM) fields, which is in the middle of Association of American Universities (AAU) members.

“That's something I think we should be particularly proud of,” Sheridan said.

Growth in the Graduate School will also necessitate growth in distance learning opportunities. Texas Tech offers about 20 graduate degrees earned online, and Sheridan anticipates more in the future. A doctorate in education leadership was approved this summer and has already proven to be popular.

Outside of recruiting, Sheridan is refocusing academic efforts to better prepare graduate students for the workforce. Decades ago, when the large majority of doctoral students went into teaching, learning their discipline was enough. Today's doctoral degreeholder is more likely to go into the workforce, so programs will focus on professional skills like technical communication and working in a global economy while still adding to the research, innovation and economic engine of West Texas.

“As the university continues to build its research enterprise, it is imperative that we recruit and enroll more high quality graduate students to enhance our student research, while also strengthening the foundation of our graduate programs,” Texas Tech President M. Duane Nellis said. “Mark Sheridan has been a wonderful addition as dean of the graduate school. Since his tenure began in March, he and his team have worked diligently to secure some of the world's top students.”

Items of note from this year's Graduate School enrollment:

Getting to Know: Mark Sheridan