The change came after implementing the groundbreaking TechTeach program. 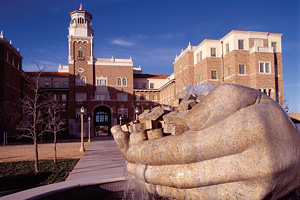 Texas Tech is one of only two universities in the nation with the TechTeach program.

Earlier this year, Texas Tech University's College of Education created the Department of Teacher Preparation, establishing the program as its own department. Teacher prep, which has been part of Texas Tech since classes started in 1925, had first been housed in the home economics program and later in the Department of Curriculum & Instruction.

The change was part of the reformation of the teacher preparation program – moving from traditional teacher prep, with one semester of student teaching and certification tests after graduation, to TechTeach, an innovative preparation program putting teacher candidates into public school classrooms for a full year and requiring them to pass certification tests prior to entering the classroom.

“By having the department, that allows us to focus exclusively on teacher preparation,” Hamman said. “When we were a program within a larger department, it was more difficult because faculty often had responsibilities in both the undergraduate and graduate programs. So members came and went, and it was difficult to have a sustained effort and focus on teacher education because people changed assignments on a semester basis. 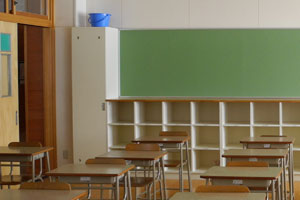 The innovative teacher preparation program gives teachers an entire year in the classroom before they even graduate from college.

“By establishing the department, we tried to really make the reform our culture.”

Texas Tech is one of only two universities in the nation with this program. Arizona State University, where College of Education Dean Scott Ridley served as associate dean of ASU's Mary Lou Fulton Teacher's College prior to coming to Lubbock in 2011, is the other.

“Preparing the measurably best educators for our state and nation is one of our most critical responsibilities as a college of education,” Ridley said. “TechTeach and the new Department of Teacher Preparation indicate just how seriously we take that mission.”

The program is unique in more ways than how much time teacher candidates spend in classrooms. Hamman said they partner with public school districts in Texas with the promise that TechTeach candidates will be among the top performing teachers in the district. Although it's too early in the program to know if this is true, preliminary indications are positive, and Hamman said administrators from partner school districts comment favorably on the teacher candidates in their schools.

“We partner with those schools for improving our program, and in exchange, we promise them quality,” Hamman said.