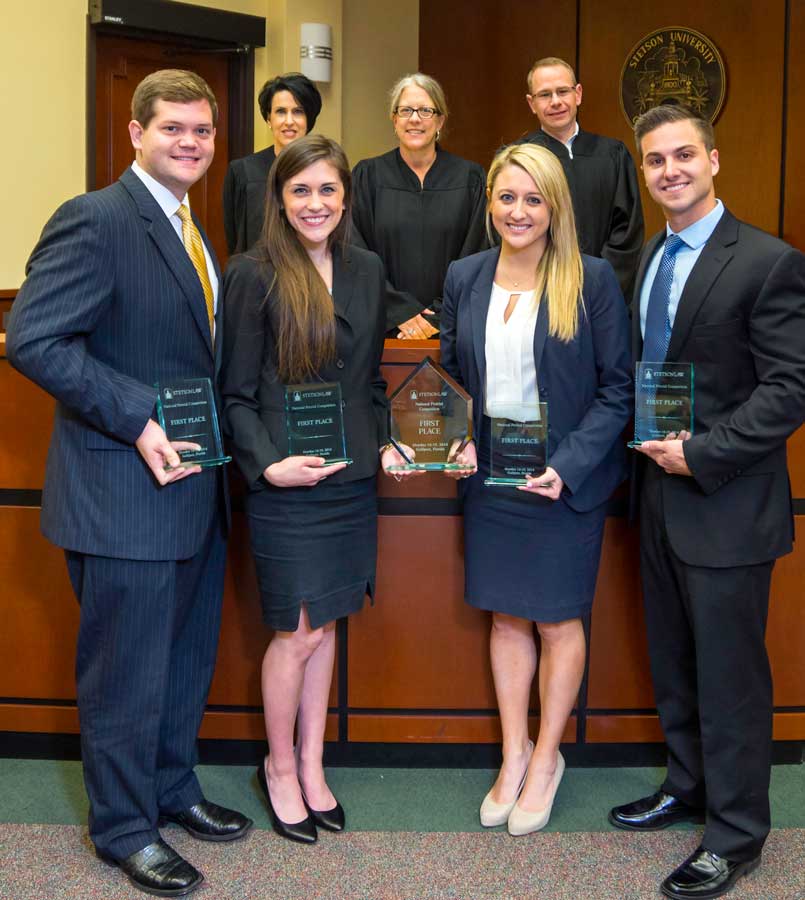 “I truly believe this is one of the hardest, if not the hardest, advocacy competitions to win because it involves so many different skills and has so many moving parts,” Sherwin said. “Students can't be good at just one thing. They have to be well-rounded in essentially every advocacy skill, and our consistent success at this competition over the years proves how well-rounded our students are.”

Texas Tech Law lost in the championship round in last year's competition and has reached the semifinals in four of the last five years.

In addition to winning the overall championship, Texas Tech Law also won the Best Memorandum of Law Award for the Plaintiff. Texas Tech Law outpaced the Chicago-Kent College of Law for the overall title while the Regent University and Mississippi College law schools were the other semifinalists.

“Our students continue to represent Texas Tech University at the highest levels of achievement, and we are proud of their dedication to academics and competition,” Texas Tech President M. Duane Nellis said. “This is a credit to the faculty at the School of Law and Dean Darby Dickerson's outstanding leadership.”

“I'm incredibly proud of our students and coaches for winning this one-of-a-kind advocacy competition,” Dickerson said. “Having been dean at Stetson when this competition started, I know the range of skills competitors must master to prevail.”