The Superior Court judge will discuss the U.S. Constitution. 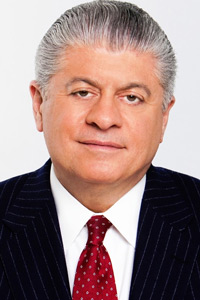 Texas Tech University and the Free Market Institute (FMI) hosts Judge Andrew P. Napolitano on Oct. 16 in the Student Union Building's Allen Theatre. The lecture, “Do We Still Have a Constitution?” will begin at 5:30 p.m.

Napolitano is best known for his position as senior judicial analyst for Fox News Channel.

“The judge is one of the most articulate, passionate and consistent advocates for free markets and a free society on national television,” said Benjamin Powell, director of the FMI.  “He's not just a media personality, but also an accomplished intellectual in his own right who is able to translate complex ideas and theories into practical formats suitable for television and other popular outlets. It is going to be a great lecture.”

Napolitano graduated from Princeton University in 1972 and received his Juris Doctor from the University of Notre Dame in 1975. He is the youngest life-tenured Superior Court judge in the history of New Jersey, and has presided over more than 150 jury trials and sat in all parts of the Superior Court.

Napolitano taught at Delaware and Seton Hall Law Schools and now practices privately as well as working with Fox.

Along with his most recent book, “Theodore and Woodrow,” Napolitano has written seven books on the U.S. Constitution, two of which have been New York Times best sellers, and writes a weekly newspaper column that is seen by millions each week.

His lecture at Texas Tech is free and open to the university community and general public. Doors open at 5 p.m.