Donald Dyal, retiring after 13 years, led University Libraries into a digital age of learning and research. 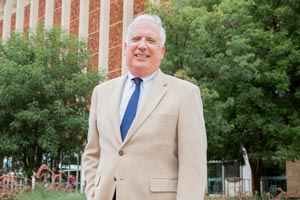 Perhaps it takes a leader with an appreciation for history to bring an time-honored institution, into the modern age. On his day of retirement, Texas Tech University Libraries Dean Donald Dyal believes he has accomplished that goal.

“This isn’t your father’s library,” he said.

“I earned my doctorate in history from Texas A&M, where I also ran the rare book library and archives,” Dyal said. “The dean kept me busy with many of his administrative duties, and I paid attention.”

With that experience, Dyal realized he could make a career as a dean himself.

Though he came from an environment where he collected, lended and preserved books, Dyal accepted the position at Texas Tech and headed in an entirely new direction.

“When I arrived, it was all about books, a warehouse for keeping books,” Dyal said. “I told everyone ‘what we need – is a revolution.’”

One source defines a library as an “organized collection of information, made accessible for reference or borrowing.” Dyal, however, recognized that information is not necessarily confined to books, magazines and papers. Sometimes that includes images, audio recordings, video clips and film, among other things. No matter the media, Dyal kept an open mind.

“We acquire, manipulate and preserve stuff,” Dyal said. “Our mission remains the same, but we take a service-oriented approach. It’s a better way of doing business.” 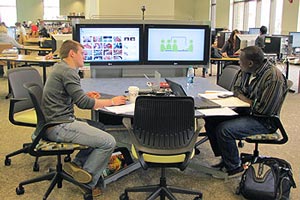 Thirteen years later, Texas Tech students, faculty and staff can enjoy a variety of additional services, from computers loaded with software to a repository full of maps and government documents. The Illiad/Document Delivery system can retrieve and/or scan documents, audio or visual files from within the Texas Tech University Libraries or request them from another location. And, if a guest still needs help getting what they need, they can request assistance from a personal librarian each an expert in their chosen field.

“The world has changed and we’ve changed with it,” Dyal said. “You can now do just about everything online. You don’t even have to be in the building.”

So, if it’s all online, what are students physically doing when they walk through the doors?

Dyal says in addition to research and taking advantage of university Wi-Fi, the building is centrally located on campus and almost always open, making it the perfect place for students to meet and get things done. With that, an opportunity presented itself, and GroupWorks was born.

GroupWorks is an innovative group study area that facilitates collaboration, interaction and teamwork with the integration of furniture and technology. Users can plug-in their devices at 11 media conferencing tables complete with video and audio technology to share information across the table or Skype with a partner across cyberspace.

“The internet and technology have had a major impact on how our students and faculty find and access information,” said Provost Lawrence Schovanec. “Because of Dean Dyal’s innovative leadership and the work of his staff, our library is still the most used facility on campus. Dean Dyal deserves much credit for how the quality and manner of library services have evolved and kept pace with Texas Tech’s ambitions to be a ‘Tier One’ institution.”

“If you build it, they will come.”

Dyal said identifying problems and implementing solutions is his strength, and the building – his second home. He takes pride in knowing that education and career goals are being realized here. And to that end, he made another observation. 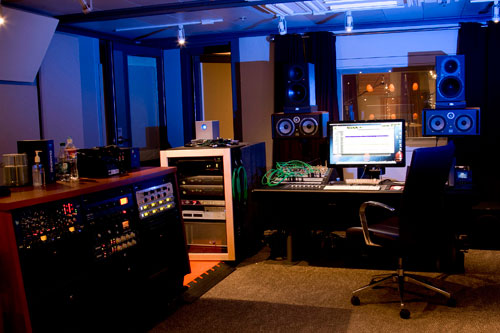 “Students in the College of Media & Communication had nowhere to go to check out recording devices to do their projects,” Dyal said. “So we spent a lot of money acquiring audio and video equipment for that reason. In fact, there are now courses built around the services we offer, such as video editing.”

Dyal also noted many performance/theater majors on campus need a digital recording of themselves to get a job. Or, students may want to rehearse speeches and presentations for playback.

“There was no place to do these things on campus,” Dyal said. “The student has already paid thousands in tuition, and hiring a private company to put together a file for vita would cost thousands more. It just didn’t seem right.”

Dyal found generous donors to support a solution, leading to the establishment of the Crossroads Recording Studio in the library basement. The state-of-the-art professional recording studio has the ability to record 32 tracks of digital audio, and is free for all students faculty and staff.

“I knew it would be useful, but I didn’t expect it would be this wildly successful,” Dyal said. “It’s booked solid, weeks in advance.”

With so many new services, Dyal knew it would take more than word of mouth to inform the masses. So he established the library’s own marketing department under the direction of Kaley Daniel. Dyal says such a department is rare for university libraries, but it has proven results. 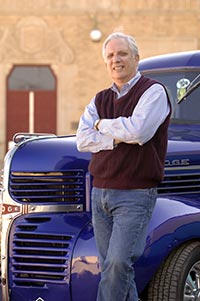 “I would tell Kaley what needed to happen and she made it happen,” Dyal said. “She has some talented people over there, including a full-time graphics artist and a full-time videographer. That department has won prestigious awards.”

Dyal said Daniel documented services increased in usage by double-digit percentages immediately following each marketing campaign. With that, Dyal said, the marketing department has paid for itself.

In his youth, Dyal developed a fascination for exploring old vessels along the California coast, including two tall sailing ships once used by the Alaska Packers Association (APA). Now, in an office surrounded by maritime memorabilia, he looks forward to solving yet another problem.

“No one has ever written a book about the APA,” Dyal said. “They have a history I find interesting, so I’m going to finish writing that book.”

The APA formed in 1891 at the very beginning of the Alaska salmon industry. In the early 1900s, that industry grew to be among the largest on the west coast. And while the APA is long gone, their efforts are now a part of several modern-day corporations including ConAgra, Trident Seafoods and Del Monte Foods.

In addition to boats, Dyal sees planes, trains and automobiles in his future. He and wife Lila have six children and 17 grandchildren. Only a handful live in Lubbock, so he says travel is most likely a certainty.

“Don Dyal will forever have an imprint on the university library,” Nellis said. “Because of his innovative approaches through the use of technology and staying at the forefront of the latest advancements, our students have an environment that lends to academic success.” 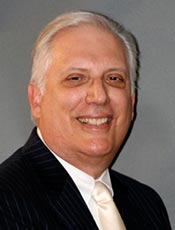 Dyal has received numerous awards and honors. In 2006, he received the Lubbock Association for Women in Communications’ Headliner Award, along with the West Texas Coalition for the George W. Bush Presidential Library.

In 2008, Dyal was the sole nominee by President George W. Bush to direct his presidential library.