Report shows reasons employees leave can’t necessarily be applied across the board.

Report shows reasons employees leave can’t necessarily be applied across the board. 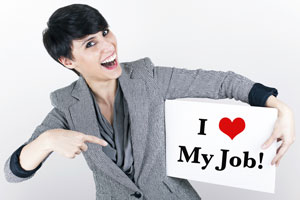 Texas Tech research indicates that both satisfied and dissatisfied employees are equally likely to quit a company.

Through performance evaluations and exit interviews, employers constantly search for the reasons and methods as to why workers are or are not pleased with their job.

But those strategies may no longer work, according to a Texas Tech University professor and his colleagues.

In their paper, “Understanding the Drivers of Job Satisfaction of Frontline Service Employees, Learning from Lost Employees,” forthcoming in the Journal of Service Research, Mayukh Dass and his team discovered a company’s desire to invest in satisfying employees because it helps with retention may be fundamentally flawed. They found through their research that both satisfied and dissatisfied employees are equally likely to quit a company.

“While considering what makes their employees quit, companies should first analyze whether their employees vary in terms of the model of satisfaction formation,” said Dass, the J.B. Hoskins associate professor of marketing and the director of the Rawls Business Leadership Program. “This information will be helpful in developing better employee retention programs, and be successful in retaining the best talents.”

Dass and his colleagues, which included Piyush Kumar from the University of Georgia and Omer Topaloglu from Eastern Illinois University, took a different approach to studying employee satisfaction. Instead of surveying current employees of a particular company, they studied employees who had recently quit.

“I would encourage companies to move away from ‘one-size-fits-all’ retention programs...” - Mayukh Dass

They found that those who quit were just as likely to be satisfied with their former employer as they were to be dissatisfied. Furthermore, those who were satisfied were not lured away by better offers from competitors, as the study also found the starting salaries of employees who quit were about the same as what they earned at their previous job.

“The literature implicates job satisfaction as a key antecedent of turnover intentions for existing employees,” the paper explains. “Work environment and individual characteristics, in turn, are found to influence satisfaction. However, what is unclear is whether all the employees who actually quit have similar levels of satisfaction.” 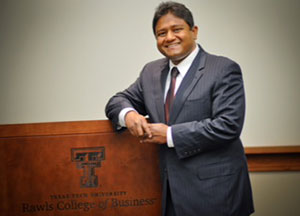 Dass’ group also discovered another aspect to employee retention that challenges preconceived notions. It is generally assumed the reasons an employee leaves a firm due to dissatisfaction translate all across the employee spectrum. However, Dass and his group discovered the “model of satisfaction formation” can vary from employee to employee.

“In other words, all aspects of the work environment do not affect every employee similarly,” Dass said. “Therefore, the specific trigger that precipitates the employee’s exit varies substantially.

From these findings, Dass and his group suggest employers alter their assumptions of what makes an employee leave a company, and that they change their employee retention data collection and analysis efforts. Dass said companies may be better off in discovering the motivation to stay or go for each individual employee rather than trying to form one method to a large group.

The research group’s suggestion is to start with employees leaving a company to understand their mindset until they actually made the decision to leave.