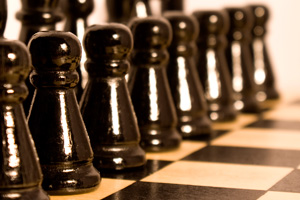 Members of Texas Tech University’s chess team will compete in what is considered to be the Olympics of chess. The World Chess Olympiad will take place beginning today through Aug. 14 in Tromso, Norway. Four chess team members and Coach Alex Onischuk, will compete on five international teams.

The World Chess Olympiad is held every two years and attracts 1,700 players, 160 international teams and thousands of fans. Each team comprises of their nation’s top five chess players.

“Texas Tech can be proud of having five of its students on elite international teams,” said Al Lawrence, director of the Texas Tech Chess Program. “Head Coach Alex Onischuk continues to rank as one of the world’s best players. His repeated qualification for the five-member U.S. team is a recruiting tool for Texas Tech. Chess has a big fan base these days among parents of high-achieving kids.”

The following members of the Texas Tech chess team will participate: