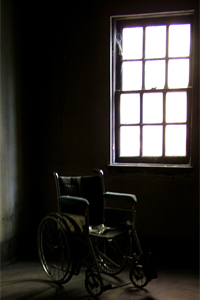 The number of commercials featuring people with disabilities increased throughout the years but still does not represent the disabled population, according to research done in Texas Tech University’s College of Media & Communication.

Olan Farnall, an assistant advertising professor, published research titled “Where Have All the Wheelchairs Gone? A Content Analysis of Ability Integrated Advertising on TV” in Disability Studies Quarterly.

Farnall conducted a content analysis examining how many times characters with physical disabilities were presented in primetime local and national advertisements in 2009. The results revealed a 200 percent increase from a familiar study in 1999 of disabled characters featured in primetime commercials on networks and some cable channels between 7 and 10 p.m.

He said the 2.5 to 3 percent figure does not accurately reflect 20 percent of the country’s population lives with a disability.

“One could question if there’s no images shown in the media, do disabled characters become the invisible minority?” Farnall asked. “Do they lose value in society?”

The topic is not often researched, he said, but is something he finds a personal connection with.

“I was aware of disabilities because I had seen it with my nieces,” Farnall said. “What crystallized the idea was when I started noticing characters with disabilities appearing in general advertisements.”

Prior studies conducted similar research, but Farnall said none focus on quantitative data as his does.

Currently Farnall is expanding on this research by using the College of Media and Communications eye tracking technology to measure if a person’s eye comes to rest anywhere around the image of disability.