The three join approximately 800 other U.S. faculty and professional recipients to lecture and conduct research in 140 countries around the world. 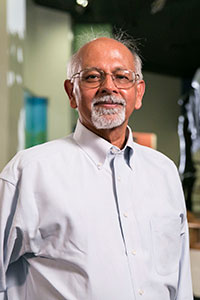 “These three Fulbright recipients reflect the high level of research and teaching our faculty engage in daily at Texas Tech University,” said Texas Tech President M. Duane Nellis. “Through their research, Drs. Chatterjee, Rice, and Lyford are elevating Texas Tech as one of the emerging national research institutions.”

Chatterjee received the prestigious Fulbright-Nehru Academic and Professional Excellence Award (Teaching/Research). He will travel in the spring of 2015  to India to continue his ongoing research on his Shiva crater hypothesis, which, along with the Chicxulub crater of Mexico, has been linked to the dinosaur extinction 65 million years ago.

“The Shiva crater is about 500 kilometers in diameter, and we discovered it from geophysical evidence and drill core samples in the Mumbai Offshore Basin on the western continental shelf of India,” Chatterjee said. “The crater is largely submerged and buried by a 2- to 7-kilometer-thick strata and is the largest oilfield in India. I’ve been  invited to participate in the Koyna Drilling Project to study the core samples that may unravel the genesis of the Shiva crater.”

Rice, who specializes in technical communication and rhetoric, earned a Fulbright award to teach and do research during the fall of 2014 at Delhi University in India. While there, he will work on a project titled Shifting Programmatic Studies in U.S.-India English/Communication and Study Abroad Programs. The project will help Rice determine how to best set up a study abroad exchange between India and Texas Tech. 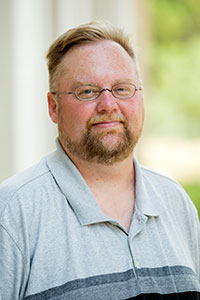 “The Fulbright U.S. Scholars program is an excellent opportunity for integrated scholars at Texas Tech working to enrich their understanding of intercultural communication to improve diverse teaching, research, and service,” Rice said.

Lyford will travel to Hawassa University in Ethiopia to work with Ethiopian educators and researchers to facilitate agribusiness development and value chain rationalization. The Ethiopian economy is strongly agriculturally based, and there should be many opportunities to develop joint projects of interest, improve intercultural understanding and develop long-term relationships.

“Receiving this Fulbright means enhanced opportunities to work in agricultural development in Feed the Future countries that are currently a focus of efforts by the U.S. government/U.S. Agency for International Development for development assistance,” Lyford said. “This should build on Texas Tech’ growing partnerships with Ethiopian universities.”

Recipients of Fulbright awards are selected on the basis of academic or professional achievement as well as demonstrated leadership potential in their fields. The Fulbright Program, America’s flagship international educational exchange program, is sponsored by the U.S. Department of State’s Bureau of Educational and Cultural Affairs. 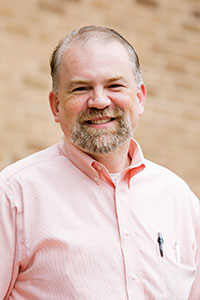 The program was established in 1946 under legislation introduced by the late Sen. J. William Fulbright of Arkansas. Since its inception, the Fulbright Program has provided more than 108,000 Americans who have studied, taught or researched abroad and more than 178,000 students, scholars and teachers from other countries who have engaged in similar activities in the United States with the opportunity to observe each other’s political, economic, educational and cultural institutions. The program operates in more than 155 countries worldwide.

The Council for International Exchange of Scholars, under a cooperative agreement with the United States Department of State, administers the Fulbright Scholar Program for faculty and professionals. Each year, the traditional program sends some 800 U.S. faculty and professionals to 140 countries to lecture, research or participate in seminars. At the same time, approximately 800 foreign faculty members come to the United States each year.