That Sounds Familiar, But Why?

Researchers: When it comes to the long-term memory process, decades-old models are correct. 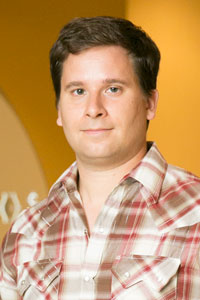 When it comes to familiarity, a slew of memories including seemingly unrelated ones can come flooding into the brain, according to mathematical theories called global similarity models.

After conducting an fMRI study on memory and categorization, researchers including a Texas Tech University psychologist have shown for the first time that these mathematical models seem to correctly explain processing in the medial temporal lobes, a region of the brain associated with long-term memory that is disrupted by memory disorders like Alzheimer’s disease.

The findings were published in The Journal of Neuroscience.

Tyler Davis, assistant director of Texas Tech’s Neuroimaging Institute and an assistant professor of psychology, specializes in neurobiological approaches to learning and memory. He was part of a team that delved into global similarity models.

“Since at least the 1980s, scientists researching memory have believed that when a person finds someone’s face or a new experience familiar, that person is not simply retrieving a memory of only this previous experience, but memories of many other related and unrelated experiences as well,” Davis said. “Formal mathematical theories of memory called global similarity models suggest that when we judge familiarity, we match an experience, such as a face or a trip to a restaurant, to all of the memories that we have stored in our brains. Our recent work using fMRI suggests these models are correct.” 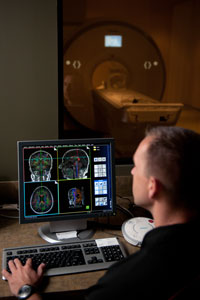 People may believe when they see someone’s familiar face or take a trip to a familiar restaurant, they only activate the most similar or recent memories for comparison. However, Davis said this is not the case. According to global similarity models, the feeling of familiarity for the taste of brisket at a particular restaurant draws on a spectrum of memories that a person has stored in his or her brain.

Eating the brisket can activate memories not only of a previous trip to that restaurant, but also of the décor, eating brisket at a similar restaurant, what that person’s home-cooked brisket tastes like and even seemingly tangential memories such as a recent trip to another city.

“In terms of global similarity theories and our new findings, the important thing is when you are judging familiarity, your brain doesn’t just retrieve the most relevant memories but many other memories as well,” Davis said. “This seems counter-intuitive to how memory feels. We often feel like we are just retrieving that previous trip to that one particular restaurant when we are asked whether we'd been there before, but there is a lot of behavioral evidence that we activate many other memories as well when we judge familiarity.”

This does not mean that every memory we have stored contributes to familiarity in the same way. The more similar a previous memory is to the current experience, the more it will contribute to judgments of familiarity.

In terms of the brisket example, Davis said, previous trips to the restaurant are going to impact the familiarity more than dissimilar memories, such as the recent trip out of town. However, similarity from these other less-related experiences can have a measurable effect in judgments of familiarity. 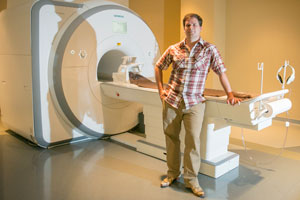 In his recent research, Davis and others used fMRI to examine how memory similarity related to behavioral measures of familiarity, in terms of activation patterns in the medial temporal lobes.

The findings suggest that global similarity models may have a neurobiological basis, he said. This is evidence that similarity, in terms of neural processing, may impact memory. People may find things familiar not just because they are identical to things we've previously experienced, but because they are similar to a number of things we've previously experienced.

Other researchers include Gui Xue of the National Key Laboratory of Cognitive Neuroscience and Learning and IDG/McGovern Institute for Brain Research at Beijing Normal University; Bradley C. Love at University College London; and Alison R. Preston and Russell A. Poldrack in the Department of Neuroscience at The University of Texas at Austin.