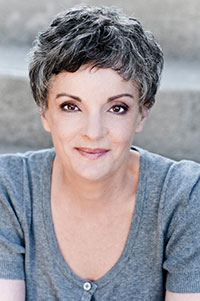 Texas Tech alumna and Lubbock native Jennifer Smith said she’s proud of the work she and her fellow actors produce for each performance in her 13th Broadway musical “A Gentleman’s Guide to Love and Murder,” now playing at the Walter Kerr Theatre on West 48th Street in New York.

Set in 1907 and based of the novel “Israel Rank: The Autobiography of a Criminal,” a London commoner named Monty Navarro learns he’s related to the aristocratic D’Ysquith family and stands ninth in line to an earldom. Navarro decides to help nature along and bump off the other eight standing in his way.

Despite not having a huge star or a well-known title, the show won four Tony Awards, including Best Musical. Overall, it received a whopping 10 Tony Award nominations, beating out Neil Patrick Harris and “Hedwig and the Angry Inch,” which received eight nominations.

However, Smith said the nominations don’t come as too much of a surprise since the quality of the writing and performance are top-notch.

“When I did readings for the show five years ago, I thought the musical was beautiful and the lyrics and books were so clever,” she said. “This show was in great shape five years ago before it ever had a full production. Now, it has a fantastic cast. Our leads are fascinating and have stunningly beautiful voices. The choreography is not extensive, but it’s very crisp and clear. The sets are perfect for the show. It’s just how the stars are aligned.You never completely know how a show will do. But does it surprise me? No.

“Everyone came together, we’re all on same page and source material has to be good to start with.”

Because of her Broadway seniority in the show, Smith was given the Gypsy Robe – a robe given to the member of each ensemble with the most Broadway shows. This is the second time she’s received the robe. She also earned one for the revival of "Once Upon a Mattress," "High Society" and "The Producers." 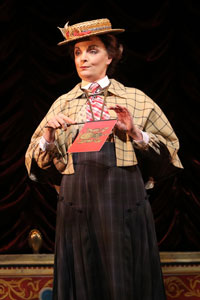 This is the life Smith dreamed about since she left Texas Tech in 1978 to give the Big Apple a shot. Moving into a two-bedroom apartment on the Upper West Side, she and five of her friends tried their hands at showbiz.

This, she said, served as her graduate school.

One by one her friends left, but she stayed. She said she considers the first few years in New York her graduate school where she learned and absorbed everything she could. She considers herself lucky to have made it.

“I have been lucky I could pay the bills with my work,” she said. “Not everybody has that, and I know how fortunate I was.”

Smith was born at Methodist Hospital (now Covenant Health System) on March 9, 1956 to Ruth and Ed Smith. The youngest of four children, she and her family lived on 39th Street and remembers her hometown fondly. Dance and movement originally inspired Jennifer Smith at the age of 9, and she began studying ballet with Eugene Bandzevicius.

“I’m not sure how he wound up in Lubbock, but that had to be a fascinating story,” she said “He was from Lithuania. He passed away in 1986, but he was one of those wonderful old-school Russian ballet instructors.”

Smith also studied with Lubbock Civic Ballet (now Ballet Lubbock) under the direction of Suzanne Aker and continued throughout junior high and high school. She got her first taste of musicals in 1971 when she performed as Ermengarde Vandergelder in a Lubbock Theatre Center performance of “Hello, Dolly!”

“I loved performing,” she said. “I sang in choir at Hutchinson Middle School and Monterey High School. I was a cheerleader. I loved to be in front of a crowd.”

At Texas Tech, Smith pursued a dance major and studied with Diana Moore and Luke Kahlich in the Department of Theatre and Dance. She joined Kappa Alpha Theta, and helped put on “some of the best rush skits on campus.”

“Really, Diana Moore and Luke were very important growth as a performer,” she said. “They told me to love what you do and seek out those things that support you in what you love. At the end of my senior year Diana encouraged me to go to New York and see what it was like.” 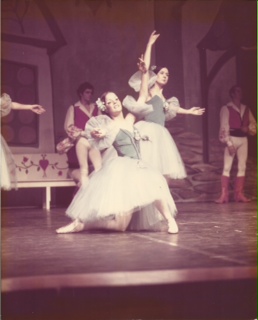 Moore, now retired from Texas Tech and living in Colorado, said she remembered how well Smith danced and how she excelled by adding creativity and interesting ideas in her choreography. Because of her dancing and her singing voice, Moore considered Smith a triple-threat and encouraged her to follow her dreams.

“I had been to New York to study many years back,” Moore said. “I knew that the competition would be very tough. Still, what I saw and what I knew of Jennifer’s character and personality, I believed she could make it. She had a chance. I knew the odds wouldn’t be great. She showed perseverance and great patience besides talent. That’s what it would take in New York -- to be disciplined enough and also have a quality for patience and to hang in there.

“I would have bet on her to make it. That how much I believed in her.”

After her senior year, Smith worked at an outdoor drama venue doing a show called “Beyond the Sundown” on the Alabama Coushatta Indian Reservation in Livingston. Kahlich served as choreographer for the show, and he, Smith and four other performers hatched the idea to move to New York.

Soon after, in that cramped two-bedroom apartment, Smith and her friends found survival jobs to pay the bills. While selling leotards in Greenwich Village, she earned a dance scholarship at the now closed Clark Center. She could take all the dance classes she wished as long as she was willing to clean the ladies’ restroom every night.

The original plan, she said, was to spend the year in New York, then return to Texas Tech and get a graduate degree. What she began to realize, she said, was that her New York experience was her graduate education.

“I realized I wanted to do musical theatre,” she said. “But, I was a little behind and I hadn’t trained vocally and needed to take acting classes. So I started at HB Studios with Aaron Frankel for acting classes. He was another terribly influential person, and he said I could really do this and have a place in musical theatre. So the first two years in New York were my graduate school. I learned how to audition, the business of show business and how to look for an agent. “ 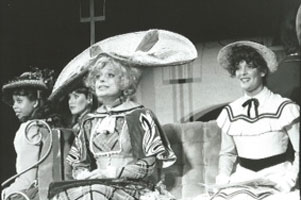 As a non-union actor, Smith auditioned for anything she could, and earned a part in a non-union production of “Fiddler on the Roof” playing Hodel in Knights of Columbus Halls throughout New Jersey.

She came home to Dallas to earn her union card performing with Dallas Summer Musicals. Once she got her union card, she played in the ensemble on the national tour of “Hello, Dolly!” with Carol Channing. That’s where she met composer Jerry Herman, who was auditioning a new musical called “La Cage aux Folles.”

“That was a huge hit, and a real milestone piece of work,” she said. “It won the Tony for best musical that year. My second Broadway show was one called ‘A Change in the Heir.’ That ran for two weeks. It was a complete failure. So I got the yin and the yang of show business. I’ve done shows that were great successes and shows that didn’t make it. I feel lucky for any work I get.”

Though the others in her apartment began to drift out of show business and into other professions, Smith continued to build her credits throughout the 80s and 90s. The original idea of going back to school and teaching one day gave way to a life of treading the boards.

On Broadway , Smith performed in “The Drowsy Chaperone,” “The Producers,” “High Society,” “The Scarlet Pimpernel,” “Once Upon a Mattress,” “Victor/Victoria,” “She Loves Me” and “The Secret Garden.” Her national tours include “Annie,” “Singin’ in the Rain,” “Forbidden Broadway” and “Cats.”

Her film and TV credits include: “1999,” “Nunsense 3: The Jamboree,” “The Producers,” “Law and Order: Criminal Intent” and “Confessions of a Shopaholic.” 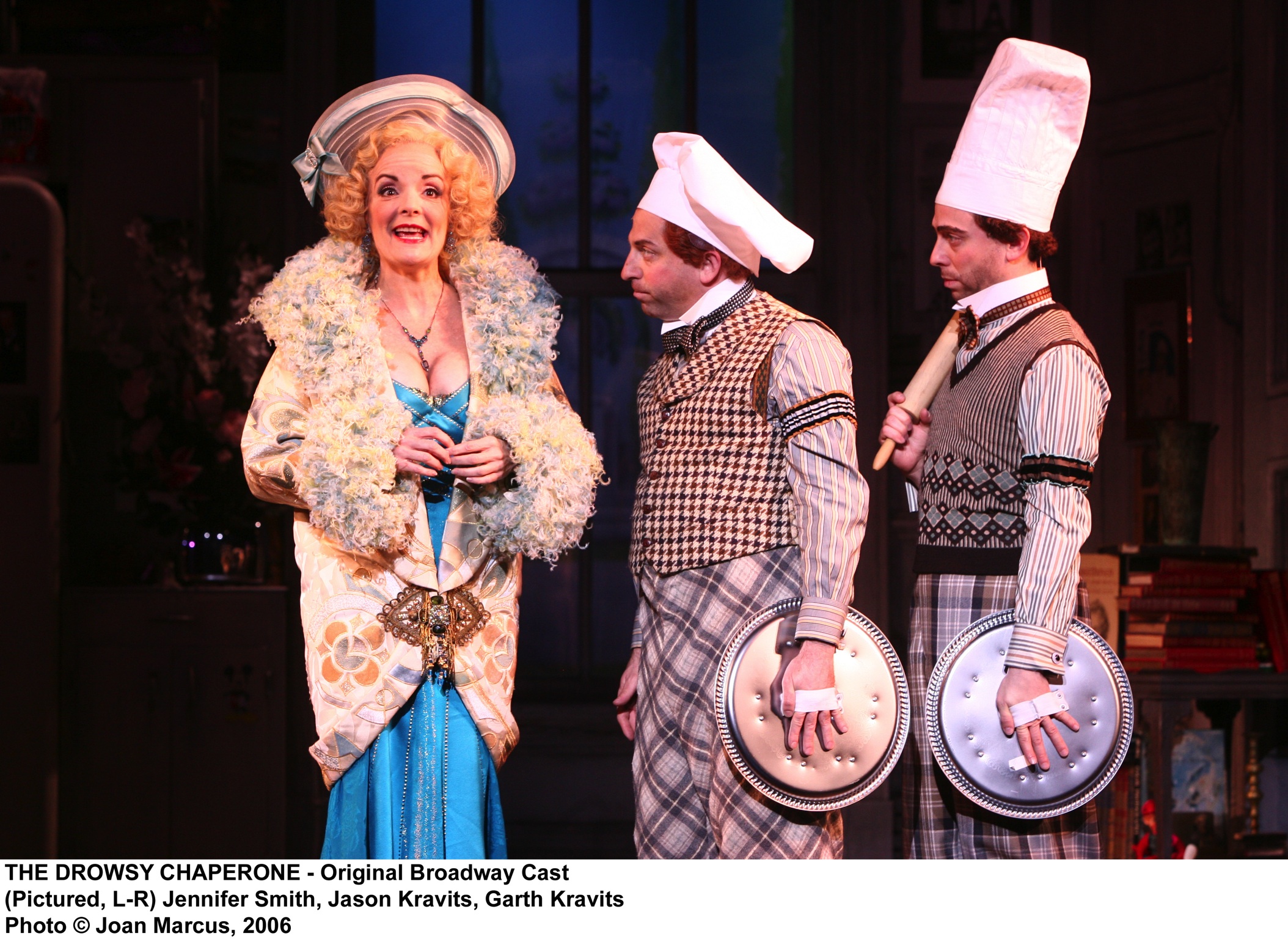 So far, her favorite experience was performing as Kitty the chorus girl in “The Drowsy Chaperone.”

“That was a really special show, and a lot of people were friends,” she said. “The director choreographer who hired used to have Christmas party every year, and a lot of his friends were hired for this production. It was really lovely to work with people you like. It felt like that Christmas party every night. It was such a great experience. I have people tell me to this day that they liked ‘Drowsy Chaperone.’”

Shortly after in 2006, Smith was inducted into the Buddy Holly Walk of Fame in Lubbock.

Betsy Jones, professor and chairman of the Department of Medical Education at Texas Tech University Health Sciences Center School of Medicine, said she knew her high school friend, sorority sister, roommate in college and eventually bridesmaid had the tenacity to make it.

“You could tell she was very serious about dance,” Jones said. “In high school she danced forever. She’s always had multiple talents. She was always a great singer. She was an actor as well, but dance was always her thing. She’s very funny and she can really inhabit a funny character. The funnier and kookier, the better.

“She’s been a good representative for the school for that part of the world up there,” Jones said.