He will begin his duties as the system’s fourth chancellor July 7, 2014. 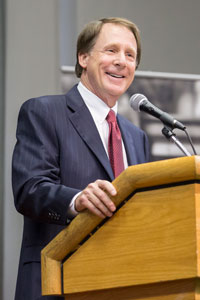 Texas Sen. Robert Duncan was approved as chancellor in a special called meeting today (June 12) by the Board of Regents of the Texas Tech University System. He will begin his duties as the system’s fourth chancellor July 7, 2014.

“To have someone of Sen. Duncan’s stature who is available and ready to take the chancellor’s chair speaks to the quality of our universities. He is someone who will continue the upward path that the Texas Tech University System has been on for the past several years,” said Mickey Long, chairman of the Board of Regents. “I also want to express the board’s gratitude to the search committee for bringing us an outstanding chancellor. We look forward to great things being accomplished under the leadership of Chancellor Duncan.”

“Sen. Duncan has a vision for higher education in Texas and, in particular, the Texas Tech University System that will prepare globally competitive and workforce ready students,” said Larry Anders, vice chairman of the Board of Regents and chairman of the chancellor search committee. “During his more than two decades in the Texas Legislature, Sen. Duncan has proven time and again to effectively bring people together for the common good of the state.  I fully expect him to be able to do that for our universities.”

Duncan, 60, is a lifelong West Texan. Before calling Lubbock home, he was raised in Vernon, Texas. He is the only son of five children born to Frank L. Duncan and Robena Formby Duncan. Duncan’s family has a rich heritage with Texas Tech—his uncle, Marshall Formby, and cousin, Clint Formby, both served on the Board of Regents. 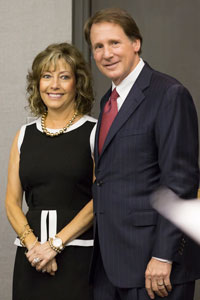 “I thank the Board of Regents for allowing me the honor to serve as Chancellor of the Texas Tech University System.  Texas Tech has made a difference in not only my life, but also my entire family,” Sen. Duncan said. “I look forward to building on the momentum we have in place for an even brighter future for our great universities. My goal as Chancellor is to support our individual institutions and our outstanding faculty.  I will place the academic success of our students at the core of our mission.”

He was elected to District 84 in the Texas House of Representatives in 1992. In 1996, he won a special election to the Texas Senate. During his more than two decades in the Texas Legislature, Duncan crafted major legislation impacting public and higher education; water rights; health care transparency and affordability; the integrity of public investment funds; eminent domain; and the efficiency and effectiveness of our civil justice system.

Duncan served on the Senate Finance Committee during each legislative session since 1999. He also served on the budget conference committee, which develops the final appropriations bill. 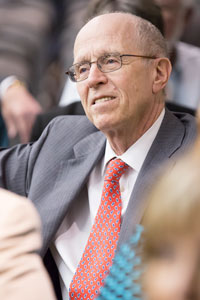 Duncan has served as chairman of the State Affairs Committee since 2004.  He was elected and served as president pro tempore of the Texas Senate during the 81st Legislative Session. Duncan also has been a member of the Senate Committee on Higher Education, the Education Committee and the Natural Resources Committee.

Duncan’s efforts in the Texas Senate have been highlighted by honors based on his work ethic, legislative accomplishments and leadership. Texas Monthly frequently has named him among the state’s 10 best legislators. It also has listed him as a “Texas Super Lawyer” for his professional reputation in the private sector as a partner at Crenshaw, Dupree and Milam in Lubbock.

Duncan was named the sole finalist for the position of chancellor May 19. State law requires that 21 days pass before final action can be taken by the Board of Regents on his employment.

Duncan succeeds Kent R. Hance, who has served as chancellor since December 2006 and has agreed to continue to serve the TTU System as chancellor emeritus.