A graduate of the Texas Tech University School of Law, Robert A. Black specializes in mediation. 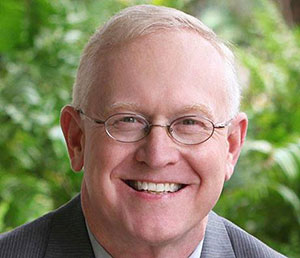 Robert A. “Bob” Black never thought he’d be working past 40, much less working for the same firm. When he joined the Beaumont law firm of Mehaffy Weber, it became pretty clear that this could be a place to build a career, maybe because it was a lot like the Texas Tech University School of Law, from which he graduated in 1980.

“This firm is unique in that about half of the lawyers are Texas Tech School of Law graduates,” Black said. “I was in the second wave of Texas Tech law school graduates when I joined the firm and I had several ahead of me. It’s a firm with great leadership from some of the older lawyers but a nucleus of people from Texas Tech, and that was really different.”

“I think there are a lot of lawyers across the state who deserve it more than I do,” Black said. “The other part of it for me is that I’m 59, and I have a long way to go in terms of what I hope to do and the things I believe in. It has given me more of a bully pulpit to continue to advocate for what I believe in.”

Black, who eventually became a managing shareholder of Mehaffy Weber, has tried more than 50 cases to verdict and has successfully argued several cases before both the Texas Supreme Court and the Fifth Circuit Court of Appeals.

Since 2000, however, his sole focus has been in the areas of mediation and arbitration, which he delved into in the 1990s. He helped mediate more than 30,000 asbestos claims in one year and has mediated or arbitrated more than 4,000 cases total, most recently serving as an appeals panelist for the Deepwater Horizon incident.

“The Deepwater Horizon settlement program is one where if either side, the ones making a claim or BP, feels that the result was not right or not fair, they can appeal,” Black said. “I have authored more than 240 appeal decisions in two years of doing that. I can’t go into details other than to say it has been one of the more fascinating experiences of my life.”

Black is well-respected all across the state. He served as president of the State Bar of Texas from 2011 to 2012 and has also received the Presidential Citation and the Certificate of Merit from the state bar.

“I enjoy dealing with people,” Black said. “I like the fact that it’s something new every day.”

None of it, he said, would have been possible had he attended any other law school.