Hunter starts at catcher for the Red Raiders, and his father and brother also played for Texas Tech. 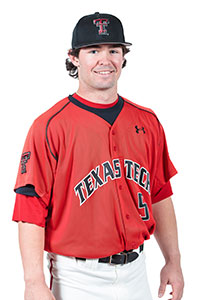 While he expected the 2014 baseball team to be successful, he was still realistic, so much so that he and his wife, Penny, made plans three months ago for this week to visit son, Reid, who pitches for the Miami Marlins’ High Class A team in Jupiter, Florida. There’s just one problem.

Dale’s other son, Hunter Redman, is a junior catcher for the Red Raiders on their historic, surprise postseason run all the way to the College World Series in Omaha, Nebraska, which starts on Saturday. So there was some quick scrambling Sunday to make sure there was a way to get from Florida to Omaha for this not-to-be-missed occasion. 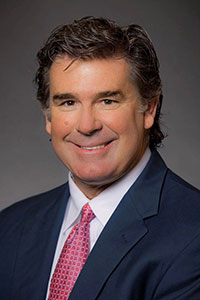 “To do what they’ve done, you could say in all fairness it’s almost miraculous,” Dale said. “With this program, where it was, to put themselves in position to be one of the last eight teams in the country still playing, in just two years … Did I think (head coach Tim Tadlock) would be able to lead them there? Absolutely. Did I think he’d do it in two years? Absolutely not.”

For Dale, co-founder and chief executive officer of ProPetro Services in Midland who earned his bachelor’s of Business Administration in Finance in 1984, watching the final out from one of the suites at Rip Griffin Park brought a flood of emotions all at once.

“I just sat there and watched and looked around the stadium,” he said. “Just a lot of memories came rolling back. A wave of things just came over me, where the program is today. I attribute anything that I’ve accomplished in life through what I learned both at Texas Tech and on that diamond.”

And, now, he gets to enjoy the other side of it. So does the rest of the family. 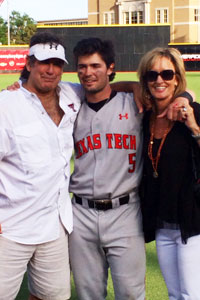 Family ties
Reid Redman played third base for the Red Raiders during the 2011 and 2012 seasons, earning honorable mention All-Big 12 as a junior after transferring from Midland College. He has almost the same, unique perspective as his father, showing pride as a former player and brother to Hunter, who has started 39 of Texas Tech’s 64 games behind the plate this season.

“I’m really proud to say that I’m part of that program,” Reid said. “Just having Hunter on the squad is icing on the cake. I couldn’t be more excited for him.”

Hunter and Reid speak pretty much every other day, when schedules allow.

Though both Hunter and Reid ended up playing for Texas Tech, following in their father’s footsteps, neither started out that way. Reid originally signed with Baylor but transferred to Midland College before his freshman season. Hunter played his freshman year (2012) at Texas but saw action in just four games. He transferred home, also to Midland College, and signed with Texas Tech for the 2014 season. 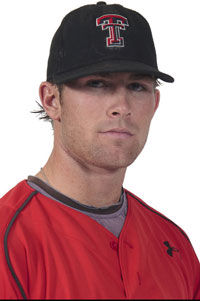 Eventually both Reid and Hunter wound up at the school they rooted for all their lives.

“I always wanted them to go to Tech, but with this game and that (recruiting) road, it has to match up with the needs of the school,” Dale said. “I’m a firm believer that kids have to make their own decisions. It happened the way it was supposed to.”

Maybe one of the things Dale is most proud of with Reid and Hunter is that both have experienced the environment of Texas Tech, the place he credits with teaching him how to become a man.

“I guess there’s no place like home,” Hunter said. “God brought us here for a reason and it’s been awesome for us. It’s been the best place for both of us.”

Building a legacy
Reid played his senior year when Tadlock was an assistant coach during the 2012 season, before Tadlock was named head coach just a couple weeks following the end of the season.

He said the mindset Tadlock preaches now was instilled back then. It’s that mindset that has Texas Tech believing it belongs in Omaha, and as more than just a grateful participant. 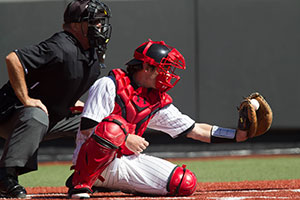 Hunter has started 39 of Texas Tech’s 64 games behind the plate this season.

“Of course we’re going there for a reason and that’s to win,” Hunter said. “If we just come out and compete and take one pitch at a time, we have as good a shot as anybody.”

The future of the program also looks pretty bright, and Dale is just as excited about that as he is this weekend.

“(Texas Tech’s) a great place to go to school and get an education, and it’s a great environment for a young person to develop life skills,” Dale said.

“The bandwagon is loading up, and (coach Tadlock) did this with not a lot of people on the bandwagon.”

For the first time in school history, the Texas Tech Red Raiders will be heading to Omaha and the College World Series.

Red Raider fans are invited to join the Texas Tech Alumni Association, in conjunction with the Red Raider Club, for pregame events.

Or if you're staying home, mingle with Texas Tech alumni at watch parties in various cities.

Hunter Redman Drafted in 8th Round by Dodgers

Reid Redman Selected by Tampa Bay Rays in 23rd Round

Reid Redman Drafted by Los Angeles Dodgers in 37th Round