Alex Onischuk has been listed as one of the top 100 chess players in the world. 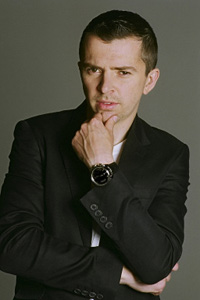 Texas Tech University’s head chess coach Alex Onischuk currently is competing in the 2014 U.S. Championship. The event is held through May 20 at the Chess Club and Scholastic Center of St. Louis.

“Coach Alex continues to be a world-wide magnet to Texas Tech for the millions who follow the chess scene,” Chess Program Director Al Lawrence said.

Onischuk has been listed on the top 100 players in the world for the past 17 years and has won more than 20 major tournaments. Some of Onischuk’s accomplishments include: becoming a grandmaster at the age of 18 in 1994, winning the U.S. Championship in 2006, becoming head coach of Texas Tech’s chess program in 2012 and leading the Red Raiders to compete in the national collegiate championship playoff, the Final Four of College Chess, in 2014.

The U.S. championship invites an elite group of twelve players to compete for the U.S. title. Each player plays one game against each competitor for a total of 11 games. Total game points determine the winner.

The U.S. Women’s Championship is being held concurrently at the same location. At stake in the U.S. Championships is more than $250,000 in prizes.