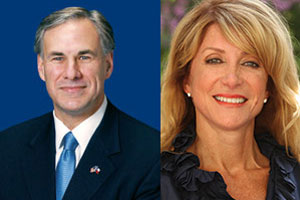 After reassessing the results of last week’s Texas statewide telephone poll, researchers at Texas Tech University’s Earl Survey Research Center issued updated numbers on issues from who will likely be the next governor of Texas to gay marriage and voter ID laws.

“Although the substantive results remain the same—for example, Texas gubernatorial candidate Greg Abbott remains ahead of Wendy Davis—our standard internal verification checks indicated the initially released results used inaccurate weights,” said Mark McKenzie, an associate professor of political science whose students conducted the poll along with Seth C. McKee’s students. “We have adjusted the weights and updated the results, which we believe are more representative of attitudes in Texas. We deeply regret the initial error.”

However, even though Texas remains a conservative state, attitudes about gay marriage have changed in Texas during the last year, McKenzie said.

“In the past, support for gay marriage in this state was below 40 percent,” he said. “Now, we’re closely divided on the issue. Fifty-three percent of Texans think gay marriage should be recognized whereas 47 percent are against (the difference is within the margin of error). Democrats and Independents strongly support gay marriage, while Republicans are strongly opposed to it.” 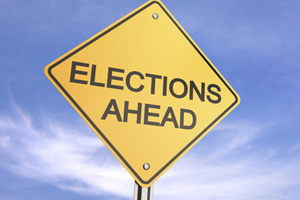 And despite the controversy swirling around Texas’ voter photo ID law, McKenzie said researchers had trouble finding anyone who had problems with their photo ID. Of those polled, 96 percent said they had no problems having to show a photo ID at the polls.

Also, a majority of Texans believe illegal immigrants should be allowed to stay and apply for citizenship (61 percent) as opposed to being required to leave (19 percent). Texans’ support for pathways to citizenship is similar to what the nation as a whole believes on this issue.

On other issues, Texans:

• Are divided over the Tea Party movement (30 percent approve versus 25 percent disapprove, while 45 percent responded they were not familiar with the movement).

Surveys are conducted each semester by political science majors in the department’s undergraduate classes and are administered at the Earl Survey Research Laboratory by the Department of Political Science.