Funds will be used to expand scholarships, establish endowments and build new facilities. 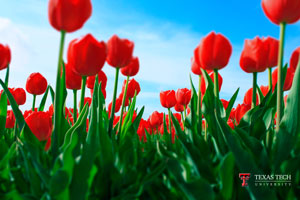 Officials at the Texas Tech University System announced today (March 31) that its endowment has surpassed $1 billion for the first time in the system’s history, reaching a total of $1.043 billion.

“Increasing our endowment to more than $1 billion is a historic achievement for the Texas Tech University System,” said Chancellor Kent Hance. “This has been a top priority of mine since becoming chancellor and puts us into an elite category of universities across the nation.”

In August 2013, the TTU System completed its capital campaign, Vision & Tradition: The Campaign for Texas Tech, which raised more than $1.069 billion with the support of nearly 130,000 donors. The fundraising effort passed its goal almost a year ahead of schedule, receiving gifts from donors in all 50 states and 41 countries. All funds raised are being invested in the universities of the TTU System by expanding scholarships, establishing endowments and building new facilities on each campus.

“A big part of our success has been raising money,” Hance said. “We have a great team of development officers and generous donors from around the world supporting us.”

“We view our endowment in perpetuity and have worked diligently at the Texas Tech University System to make sound and strategic investments,” said Jim Brunjes, vice chancellor and chief financial officer for the TTU System. “This has allowed our endowment to perform consistently over the past several years.”

Gov. Perry to Provide Remarks at Hance Reception in Lubbock