The challenge is the drug aids efficiency but raises incidences of death. 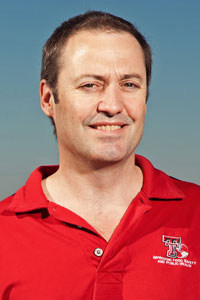 A Texas Tech University veterinary epidemiologist has found that although there are significant societal benefits to the practice, an increase in death loss of cattle raises questions about welfare implications of its use.

In a peer-reviewed article published today (March 12) in PLOS ONE, Guy Loneragan, professor of food safety and public health in Texas Tech’s College of Agricultural Sciences and Natural Resources, adds to this ongoing national dialogue.

“The beta agonists approved by the U.S. Food and Drug Administration for use in cattle increase muscle growth and may reduce the amount of fat the cattle accumulates,” he said. “This means the cattle converts more of the feed it eats into beef, and it does this more efficiently.”

The article is co-authored by Daniel Thomson and Morgan Scott of Kansas State University and is titled “Increased mortality in groups of cattle administered the β-adrenergic agonists ractopamine hydrochloride and zilpaterol hydrochloride.” The manuscript is freely available at: http://dx.plos.org/10.1371/journal.pone.0091177. 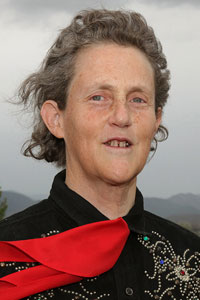 “However, through our extensive analysis, we found that the incidence of death among cattle administered beta agonists was 75 to 90 percent greater than cattle not administered the beta agonists,” Loneragan said. “This increase in death loss raises critical animal-welfare questions.  We believe an inclusive dialogue is needed to explore the use of animal drugs solely to improve performance, yet have no offsetting health benefits for the animals to which they are administered. This is particularly needed for those drugs that appear to adversely impact animal welfare, such as beta agonists.”

In a recent joint NPR interview with Loneragan and Grandin about beta agonists’ affect on animal welfare, Grandin said, “These problems have got to stop. I’ve laid awake at night about it. I’ve worked all my career to improve how animals are handled and these animals are just suffering. It has to stop.”

Grandin generally speaks on issues at the slaughter houses with lame cattle due to beta agonists, whereas Loneragan’s work covers beta agonists in feedlots, which is the topic of the newly published paper.

“To paraphrase Dr. Grandin, we owe the animals we raise for food a decent life and a decent death,” Loneragan said. “We certainly need to better understand the manner in which animals fed beta agonist die at the feedlot and work out how to balance the societal benefits of beta agonist use with societal expectations concerning the welfare of animals raised for food.”