The comedic icon will give the keynote speech during the Mentor Tech annual banquet on April 22. 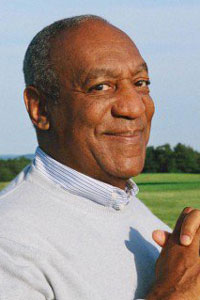 Cosby has captivated generations of fans with his comedy routines, iconic albums and best-selling books such as Fatherhood. Cosby broke television's racial barrier with I Spy, becoming the first African-American to costar on a television series while winning three consecutive Emmys. He created and produced the Emmy-winning cartoon Fat Albert and the Cosby Kids, which began airing in the 1970s and was made into a film in 2004. The show, based on Cosby's childhood in Philadelphia, was designed to educate and entertain.

The former Navy serviceman's list of accomplishments includes roles on the children's educational show Electric Company and creating and producing the Emmy award-winning Little Bill, which is based on his bestselling book series.

Perhaps Cosby's greatest contribution to American entertainment and culture is The Cosby Show, about a close-knit, upper-class black family. Cosby said his intent was to portray an American family. Time magazine called the show "an encouraging sign of maturity in matters of race." The Cosby Show dominated the No. 1 spot for years, earning nearly unanimous critical praise. Life magazine described the program as "a gentle, whimsical, warmhearted" show whose "delicious ordinariness of its pleasures and tribulations has given millions a fresh, laughter-splashed perspective on their own domestic lives."

"Bill Cosby is a multi-generational comedic genius," said Cory Powell, director and co-founder of Mentor Tech. "You're hard pressed to find someone who has not heard of him. Whether it's from I Spy, Fat Albert, The Cosby Show, or Little Bill, he has the unique ability to connect and relate with people, regardless of background, and still maintain relevance."

Cosby married the former Camille Hanks in 1964, while she was still a student at the University of Maryland. They raised four daughters (Erika, Erinn, Ensa and Evin) and one son (Ennis) and now have three grandchildren. The family resides in New England.

"Bill Cosby is an iconic figure," said Paul A. Frazier, assistant vice president, Division of Institutional Diversity, Equity and Community Engagement. "I remember watching him as a child and I continue to enjoy him in various roles as an adult. I am very excited."

The program pairs students with faculty and staff members to assist them in their academic, social and cultural adjustments to Texas Tech University. More than 2,100 students have been provided service through the program. In the last eight years, nearly 800 student participants have graduated from Texas Tech and the Texas Tech University Health Sciences Center. The program's participating student average retention rate (86 percent) is higher than for the university overall and has awarded close to $100,000 in scholarships since its inception.

Tickets for the banquet are $125 each or $140 for VIP. Tables of eight cost $1,000 and $1,500 for VIP. All VIP purchases include premium seating at the banquet, admittance to the VIP reception and a photo opportunity with Cosby. Proceeds benefit the Mentor Tech scholarship fund.