The event showcased 17 speakers: students, professors and members of the West Texas community. 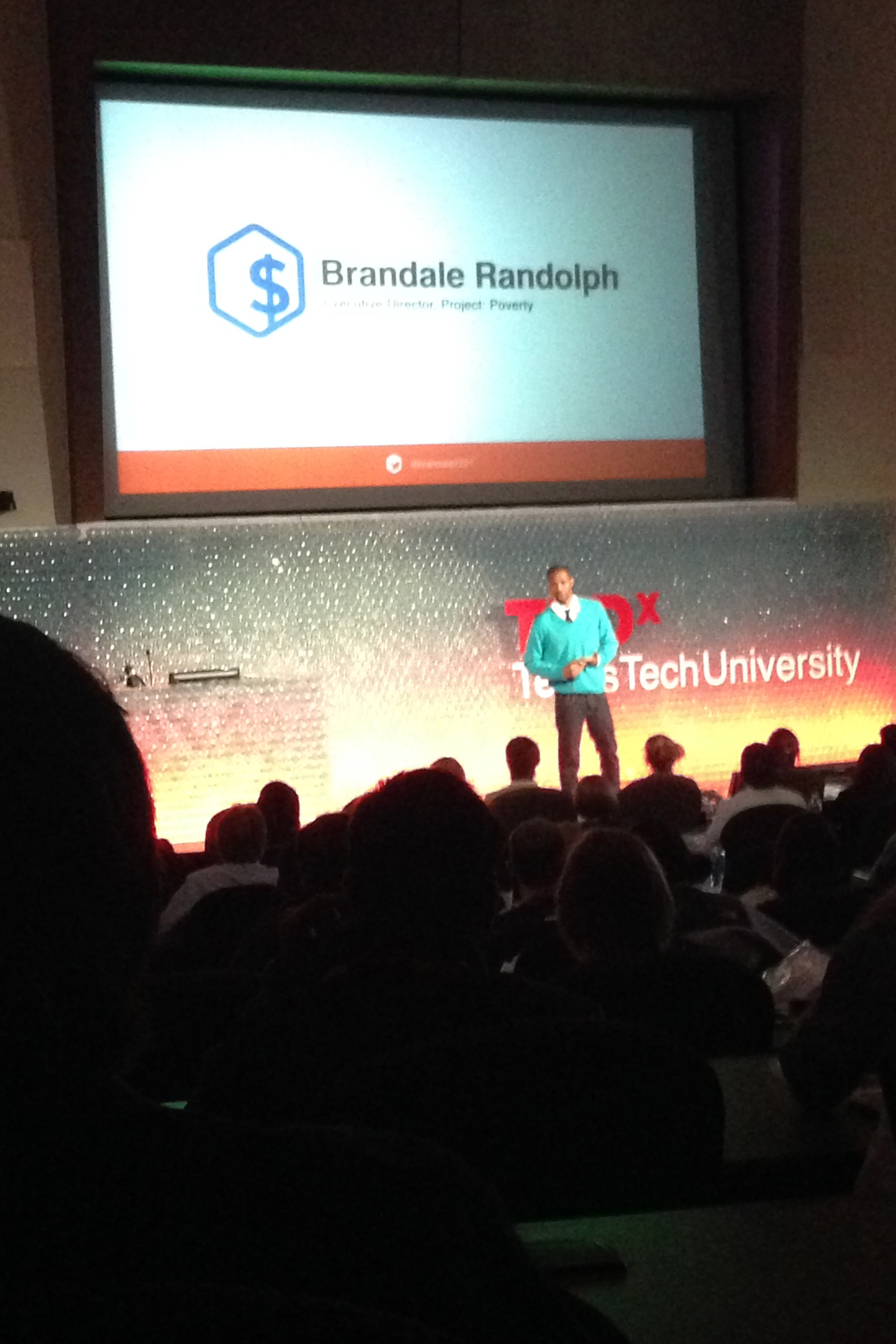 In front of a sold-out crowd of more than 200 at the Lanier Professional Development Center at the School of Law, 17 speakers on Saturday (Feb. 8) gave short speeches and presentations as part of the first TEDxTexasTechUniversity conference, “Open Skies, Open Minds.”

Founded in 1984, TED stands for “technology, entertainment, design” and is perhaps most famous for its online “TED Talks” that have been viewed by millions around the world. The annual TED conference brings together some of the world’s leading thinkers and doers. In the spirit of “ideas worth spreading,” TED created a program called TEDx where “x” indicates the events are independently organized.

For Saturday’s event, each talk consisted of a short presentation by Texas Tech students, professors and members of the West Texas community. Topics ranged from “3-D printing with Nanomaterials and Microwaves” to “Female, Educated and Perpetually Single.”

Several Texas Tech professors involved with research and outreach focused their topics on areas that have received substantial national attention. Joseph B. Dannemiller, an instructor at the National Wind Institute at Texas Tech talked about above-ground storm shelters and provided an account of the research his team has conducted on-site in Moore, Okla., the location of two destructive storms in May 2013.

Conference attendees consisted of Texas Tech students, faculty and staff, as well as members of the Lubbock community. Several attendees traveled from other cities in Texas as well as from Colorado and Utah. More than 40 students from area high schools were in the audience. Many of those who attended said they went because they enjoyed watching TED talks online, or because they are interested in giving a talk of their own in the future.

“I found TED Talks a couple years back and I’ve loved watching them ever since, so when I found out there was a TED event here I was excited to come,” said Andrew Strahan, a sophomore at Texas Tech. “There have been some great points—things I’ve never thought about.” 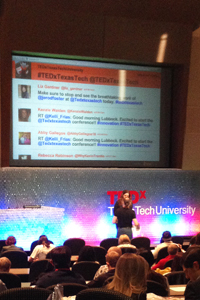 The unique set at the event was designed and constructed by three Texas Tech students: Ty Mason, Rachel Burch and John Connor. More than 10,000 recycled plastic water bottles were illuminated by multicolored lights to create a memorable backdrop for each speaker. Associate Professor Kuhn Park of the College of Architecture and Assistant Professor Heather Warren Crow in the College of Visual and Performing Arts assisted with the design and implementation.

“Creating something this unique was definitely a challenge,” said architecture student and set designer Ty Mason. “It was also very time- and labor-intensive. Having to sort and assemble thousands of water bottles can be time-consuming, especially at this scale. However, it will be worth it to help grow the Tedx community. I’ve always been a huge fan of Ted Talks, and to take part in designing the stage is extremely rewarding.”

The College of Media and Communication provided social media outreach for the event, and reported social media activity came from as far away as Spain, Germany and India.

Sophomore Alec Ledet said the event provided a venue for open-mindedness for students, and was hopeful that even after the conference, others would take the opportunity to watch the talks online.

“Even though there isn’t a large portion of the student body here today, just to have these ideas spread to 100 to 200 people and have that permeate into the university is a really good thing,” Ledet said.

While each talk was filmed at the event and will eventually be made public for viewing, information about the speakers and topics is available at http://tedx.ttu.edu/.