The most successful slave rebellion of its time took place in the French colony of Saint-Domingue and culminated in the creation of the Republic of Haiti. 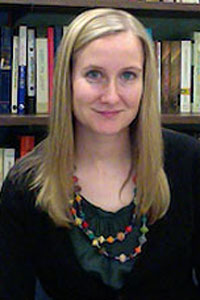 As part of the ICC’s African-American History Month celebrations, Texas Tech University’s Office of International Affairs and The CH Foundation will host a discussion on the slave rebellion on Saint-Domingue, now known as Haiti, by the university’s own Erin-Marie Legacey.

Legacey will discuss The Haitian Revolution in Global Perspective. The most successful slave rebellion of its time took place in the French colony of Saint-Domingue and culminated in the creation of the Republic of Haiti. Its impact was felt worldwide, and it received particular scrutiny in the Southern, slave-holding states of the U.S.

“For abolitionists, the Haitian Revolution was a great source of inspiration,” Legacey said. “In 1804 Haiti became the first state that was created to explicitly reject slavery. It even inspired conspiracies and slave uprisings in the early 19th-century American South. On the other hand, many southern slave owners were absolutely terrified by the events in Saint-Domingue and seriously feared that the revolution would spread to the American South, particularly after thousands of refugees immigrated to escape the violence in Haiti. For many in this group, the violence that had accompanied the uprising in Haiti was used as justification to maintain the institution of slavery in the South.”

Legacey’s talk will look at connections between the revolution in Haiti and the Revolution in France that preceded it, and explore the longer-term impact of the Haitian Revolution on Europe and the Americas. She also will situate the events in Saint-Domingue  in a broader context by examining the global causes and effects of the Revolution by discussing the relationship between the French and Haitian Revolution and Haiti’s influence on 19th century abolitionist movements in North and South America as well as Europe.

“I turned to the History Department’s French historian, Dr. Erin-Marie Legacey, as she was the natural choice to give this presentation examining the connections between the revolution in Haiti and the revolution in France, and its longer term impact on Europe and the Americas,” said Jane Bell, director of the ICC. “A discussion about the Haitian Revolution seemed like a perfect way for the International Cultural Center to celebrate African-American History Month. The events in Haiti had a profound impact on the American mind and were a constant reminder of the possible outcome of any society built on a foundation of slavery.”