The event is part of the global campaign to stop violence against women and girls. 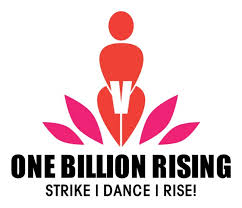 Members of the Texas Tech University and Lubbock communities are invited to join the student organization Feminist Majority Leadership Alliance (FMLA) and the Women’s Studies Program at 1 p.m. Friday (Feb. 14) at Memorial Circle for One Billion Rising (OBR).

OBR began as a call to action based on the statistic that one in three women on the planet will be beaten or raped during her lifetime. With the world population at 7 billion, this equals more than one billion women and girls affected.

“We are honored to stand with Texas Tech students as they lead the initiative to make a campus rise to promote justice for all survivors of gender-based violence,” said Patricia Earl, unit coordinator of the Women’s Studies Program. “Participating in One Billion rising at Texas Tech brings us together to show that we stand unified to be the change we want to see.”

OBR is a day of action held worldwide by V-Day, the global activist movement to end violence against women and girls. V-Day was created in 1998 by activist Eve Ensler, author of the play “The Vagina Monologues.”

The campaign builds on the energy and momentum created last February, when one billion activists across 207 countries came together to demand an end to violence against women and girls. The campaign recognizes that violence cannot end without studying the intersection of poverty, racism, war and other world issues.

To learn more about the event, visit www.onebillionrising.org, or the local Facebook page by searching “Lubbock One Billion Rising.” Follow the hastag, #OBRTexasTech, on Twitter and let your voice be heard.