Red Raiders bring home their first win of the season and walk away with top honors. 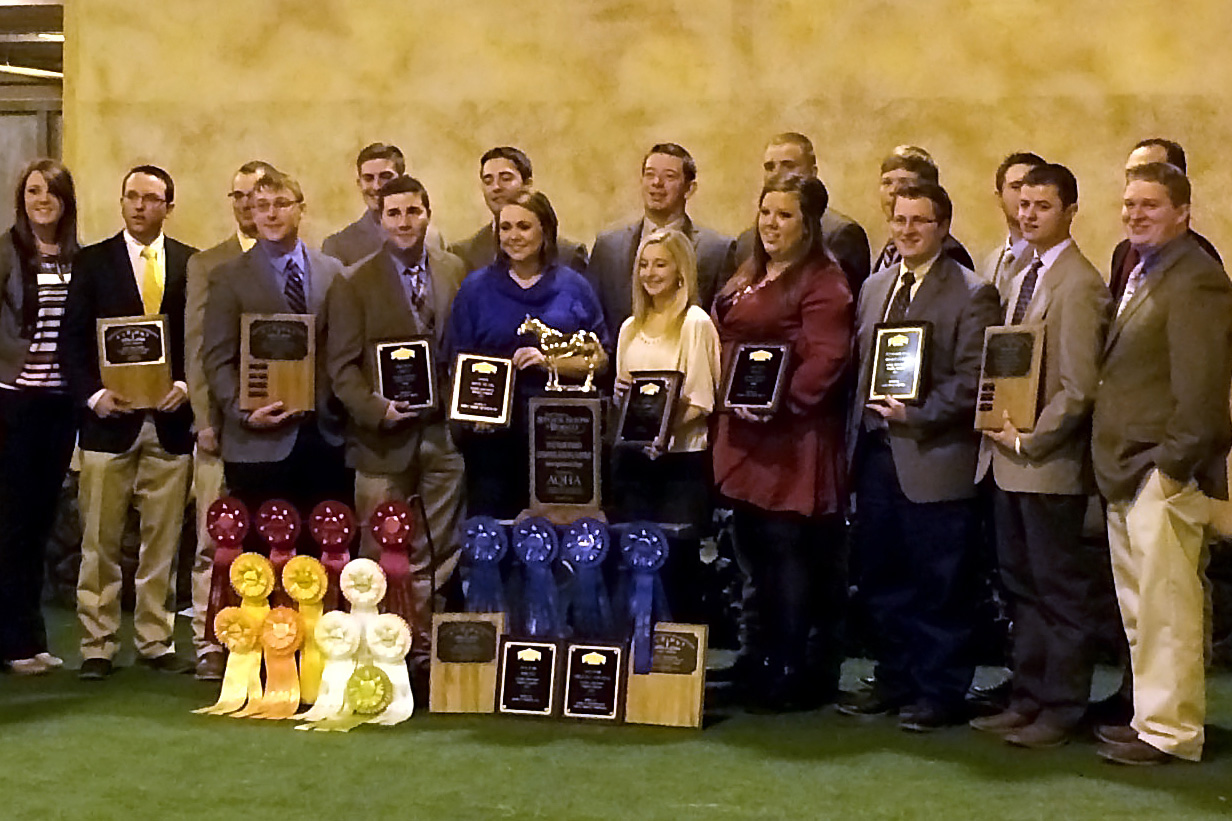 Texas Tech won the horse, sheep, swine and reasons divisions, and were second in beef.

Texas Tech University’s livestock judging team brought home its first win of the season this week as the students walked away with top honors Feb. 8 at the Southwestern Livestock Exposition’s Livestock Judging Contest in Fort Worth. The contest was an important win for the 16-member team.

“This is a very talented group of students from top to bottom,” said Ryan Rathmann, the team’s coach and an assistant professor in the Department of Animal and Food Sciences. “I’m expecting them to keep working hard and challenging each other to perform even better at the next two contests.”

The team is coached by Rathmann and graduate student Brady Ragland.

The team has two contests remaining this spring – one at the San Antonio Livestock Exposition and another at the Houston Livestock Show and Rodeo.