The university was featured in February issue of Kiplinger's Personal Finance. 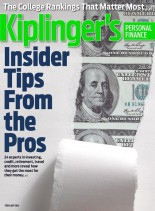 Students at Texas Tech University are incurring a low average debt load upon graduation, according to the February issue of Kiplinger’s Personal Finance.

“The leadership at Texas Tech University has done a wonderful job of being mindful of higher education costs,” said Mickey Long, chairman of the Texas Tech University System (TTUS) Board of Regents. “The national dialogue surrounding the rising cost of higher education will remain, and we (Board of Regents) will continue to provide the necessary support to our institutions moving forward.”

Kiplinger assesses quality according to a number of measurable standards, including the admission rate, percentage of students who return for sophomore year, student-faculty ratio and four-year graduation rate. Cost criteria include low sticker prices, abundant financial aid and low average debt at graduation.

Among the top 100 “best value public colleges” listed, Texas Tech is 11th in the group in students graduating with the least average debt at just more than $18,000.

“Texas Tech University has been diligent in its efforts over the last several years to maximize resources and identify strategies to keep costs low, while not affecting the overall academic experience,” said M. Duane Nellis, Texas Tech University president. “We are proud of this designation and honored to be among the national leaders in least student debt.”

Since 1998, the rankings have recognized four-year schools that combine outstanding education with economic value. Texas Tech is ranked 87th this year, marking the second time it has made Kiplinger’s list. The school was ranked 98th in 2003.

U.S. News & World Report also ranked Texas Tech among the top 30 nationally each of the last two years for students graduating with the least debt.

“An important priority of the Texas Tech University System and its component institutions is remaining ever cognizant of the effects of higher education costs on students and their families,” said John Steinmetz, TTUS Board of Regent member and chair of the audit and finance committee. “By making the cost of higher education a focal point for the board, we hopefully can assist in alleviating students’ concerns and help direct their full attentions on their education.”

In addition, the university announced last May it would maintain current tuition and mandatory fees for the 2013-14 academic year, marking the first time since 2008 tuition has not increased.

Maintaining current tuition numbers, when combined with the slight 1.95 percent increase in 2012-13, reflects the lowest biennia increase in school history. Tuition and mandatory fees for the 2013-14 academic year are $7,517 for 24 credit hours, which is equivalent to what undergraduate students paid during the recent academic year. Additionally, fees for parking, housing and board remained the same.

“We strive to provide our students with a solid education and the financial support needed, so they are not crippled with staggering debt after graduation,” said Chancellor Kent Hance. “Twice in the past seven years we have not increased tuition, fees and housing rates at Texas Tech. This effort combined with financial aid and scholarships allows our graduates to hit the ground running in their professional careers.”