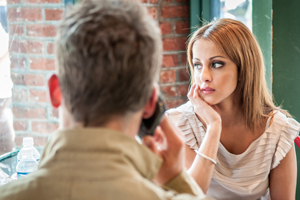 Hooking up people using similar phrases, according to one Texas Tech University researcher.

Molly Ireland, a visiting assistant professor in the Department of Psychology who studies human dialogue, said people who use the same kinds of function words are more likely to find a match.

Function words include personal pronouns such as he, she, it, articles such as "a" “an” or “the” and conjunctions such as and, or, but and nor.

Rich Slatcher at Wayne State University and James Pennebaker and Paul Eastwick at University of Texas at Austin also participated in the study.

“Conversations between romantic partners make up some of the most important dialogue in most adults' lives,” Ireland said. “Romantic relationships have a huge influence on our health and well-being, and I think that conversation is a big part of what makes those relationships succeed or fail at every stage – from first dates to marriages.”

More Than Looks and Appearance

In a recent study, she and others looked at 40 speed dates between heterosexual males and females and analyzed the daters’ language using special computers.

When analyzed, researchers discovered a positive correlation of function-word similarity with speed-daters’ odds of going on a second date and long-term couples’ odds of still being together three months after the study, Ireland said. 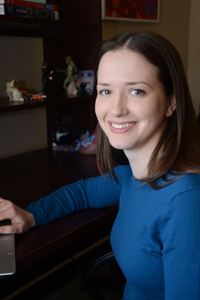 Language similarity became an even better predictor of relationship stability when compared to other related variables such as the perceived similarity with one’s date, perceived relationship quality, and how many words people spoke to each other during each conversation.

“We were surprised by how well language similarity predicted relationship stability above and beyond these other variables,” she said. “People also aren’t very good at predicting ahead of time what they'll find attractive on a date. So in a way, language predicts what people want in a partner better than they do themselves.”

Ireland said the study highlights the importance of language and language style with social behavior, she said, and content might not be as important. She and other researchers think language-style matching reflects attention to one’s conversation partner as opposed to oneself or the surroundings and similarity between partners’ thinking styles.

“It’s easy in relationships or on dates to focus on superficial things like your own appearance or the topics your partner is talking about,” she said. “But the fact is that most first dates have pretty similar content. People talk about their likes and dislikes – music, hobbies and majors for college students. None of that really matters though if you're not paying attention to each other or adopting similar mindsets.”