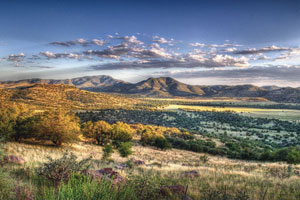 Two projects underway by Texas Tech University researchers will receive $157,000 in funding from the South Central Climate Science Center led by the U.S. Department of the Interior (DOI).

“These awards indicate the critical role that faculty at Texas Tech have across the region toward understanding regional responses to climate change and variability and helping formulate a comprehensive response across all aspects of our society,” said John Zak, associate dean for research in the College of Arts and Sciences and one of the researchers receiving funding. “The current science priorities are geared toward addressing immediate needs for understanding impacts of climate variability in the South Central Region.”

He will work with postdoctoral researcher Anne Stoner, Scott Holaday, a professor of biology at Texas Tech and Helen Poulos, a consultant with Poulos Environmental Consulting LLC. Their project investigates how different tree species make a living in these semi-arid and fire-prone landscapes.  They are interested in how a tree’s ecological strategy determines its current distribution across the mountain ranges of West Texas and also how a species’ physiological traits may predict response to future warmer and drier climates.

The team will identify the key functional traits influencing distributions of keystone forest tree species such as oaks, pines and junipers in the Guadalupe, Davis and Chisos Mountains. Then they will collect micro-climate and soil moisture measurements and use these to conduct fine-scale climate downscaling across three mountain ranges that host important U.S. Department of Interior and private forest resources.

Their hope is to predict how species and trait distributions might shift under future warmer and drier climates. 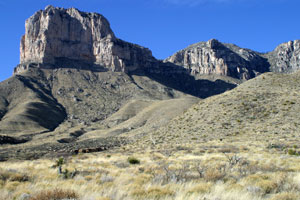 “We are putting together information on drought tolerance, freezing tolerance, and responses to high temperatures and also fire to build models that predict how tree distributions will change under future climates and allow managers to rank species according to their vulnerability to climate change,” Schwilk said. “This work fills a current knowledge gap by including physiological mechanism in niche models of species response to climate. Our results are applicable both to the specific area of study as well as to national CSC efforts.”

Stoner, a postdoctoral researcher at the Texas Tech Climate Science Center, will receive $56,700 for a year-long project titled “Expanding a Standardized Framework for the Evaluation and Intercomparison of Statistically Downscaled Climate Projections.”

Stoner said many good climate models from all over the world calculate how the climate will behave over the next century, but their resolution is usually on the order of 100s of kilometers, too coarse for local impact assessments.

A way of compensating for the coarse resolution is by downscaling the climate models to the local scale. One way is by statistical downscaling where a statistical model finds relationships between observations for the location of interest and global model output covering the same region. Scientists then apply those relationships to future global model output to get a more tailored output for the specific region. While relatively quick and inexpensive, it requires that the variables of interest have a long and reliable observed record in the region studied, which is not always the case.

The money is part of $1.2 million awarded by the department’s regional Climate Science Centers to the South Central region. Findings will guide managers of parks, refuges and other resources in planning how to help species and ecosystems adapt to climate change.

Each of the DOI’s eight Climate Science Centers worked with the universities supporting the climate science centers, states, tribes, federal agencies, landscape conservation cooperatives, and other regional partners to identify the highest priority management challenges in need of scientific input, and to solicit and select research projects.

DOI Climate Science Centers serve as the regional hubs of the National Climate Change and Wildlife Science Center, located at the headquarters of Interior's U.S. Geological Survey. They have been created under the department’s strategy to address the impacts of climate change on America’s waters, land, and other natural and cultural resources.

Researchers associated with the centers hope to will assess the impacts of climate change and other landscape-scale stressors that typically extend beyond the borders of any single national wildlife refuge, national park or Bureau of Land Management unit and will identify strategies to ensure that resources across landscapes are resilient in the face of climate change.