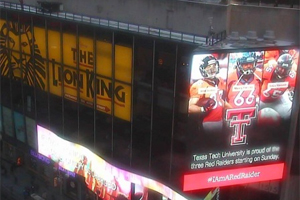 An "I Am A Red Raider" billboard, featuring Welker, Ramirez and Vasquez, was displayed in New York City's Times Square on Wednesday and will run through Sunday.

A year ago, Wes Welker, Manny Ramirez and Louis Vasquez were scattered across the country playing for different NFL teams.

They’re teammates now, and on Sunday, the three Texas Tech alumni will try to lead the Denver Broncos to victory over the Seattle Seahawks in Super Bowl XLVIII.

Only once have multiple Texas Tech alumni won a Super Bowl, and that came in 2007 when Dylan Gandy and Keyunta Dawson won with the Indianapolis Colts. The last alumnus to win a Super Bowl is Graham Harrell with the Green Bay Packers in 2011.

"It's been a true blessing this year being able to play with some college teammates," Ramirez said. "It's been good especially to come to a team where I look at it as very similar to our Tech offense."

Ramirez is in his third season with the Broncos, while Welker and Vasquez signed free-agent contracts during the offseason to join him in Denver. What makes their reunion extra special is that all three will be offensive starters in Sunday’s game.

“Obviously, if you want to go to the Super Bowl, you should go to Texas Tech,” Welker said.

Each player has played an integral role in the Broncos’ run to the Super Bowl. Ramirez moved from guard to center this season and has started every game. Vasquez lines up beside Ramirez at right guard and was named first-team All-Pro for the first time in his career. Welker, meanwhile, with his 10 touchdown catches has given the Broncos’ high-powered offense another weapon.

“I didn’t realize it at first,” Vasquez said. “But it’s been awesome to be a part of this, to say I was a part of the three Red Raiders. It’s an awesome feeling.” 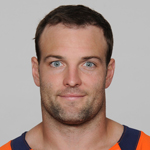 At Texas Tech: Played from 2000-03 and amassed 259 receptions for 3,019 yards and 21 TDs. He scored eight TDs returning punts, which still is tied for most in an NCAA career.

This season: Started 13 games in the regular season and finished with 73 catches for 778 yards and 10 TDs. 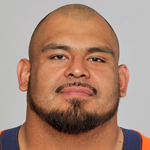 This season: Switched from guard to center in the offseason and started every game at his new position. Was awarded a two-year contract extension in September that will keep him with the Broncos through 2015. 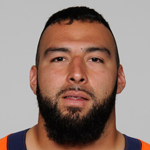 At Texas Tech: He played from 2005-08 and was named third-team All-American his junior year and was a three-time All-Big 12 selection.

This season: Started every game and was named to the Pro Bowl and a first-team All-Pro after allowing no sacks this season.