Ariana Martell and her sister, Diana, recently were honored for their SisterHoodies organization. 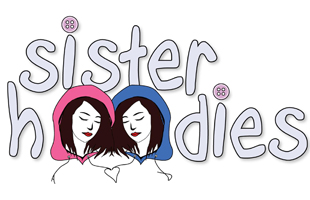 Texas Tech University freshman Ariana Martell and her younger sister recently received the Summer of Service Award from ABC Television and Youth Service of America for their volunteer efforts with SisterHoodies.

SisterHoodies is a nonprofit organization founded by Martell, who is majoring in communication disorders, and her sister Diana, a sophomore at El Paso Eastwood High School. Their mission is to serve the community by collecting donations such as coats, jackets, warm weather attire and toiletries to help the less fortunate.

“My sister and I have always volunteered in the community,” Martell said. “Winning this award and being able to donate the money is something my sister and I are proud of.”

This past summer, Martell applied to the Youth Service of America contest sponsored by “Good Morning America.” Five organizations were awarded $1,000 based on the individual entry’s organization, participation in the organization and how the money would be used if chosen.

“After I moved to Texas Tech, I heard we had won,” Martell said. “At the end of Thanksgiving break, we donated our winnings of $1,000 to the Reynolds Home for a remodeling project.”

The Reynolds Home in El Paso is a non-profit organization that provides shelter for homeless women and children who have suffered from domestic violence and other crisis situations. Its mission is to provide housing, food and programs that build physical and mental health needs to help keep from becoming homeless.

SisterHoodies began at the Humane Society because of the sisters’ love for dogs. While volunteering, they came in contact with a homeless man and his dog named Hero. 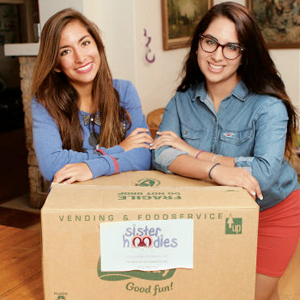 Ariana, right, with her sister Diana.

“A few months later, the man passed away from hypothermia behind a bowling alley near our home,” Martell said. “My sister and I decided that something had to be done.”

The sisters started SisterHoodies to prevent anymore hypothermia-related deaths. That year, their coat drive received more than 100 coats, jackets and other items, which were donated to the Reynolds Home.

“My sister is very active about keeping it up in El Paso,” Ariana said. “Next year, once I move out of the dorm and into an apartment, I plan to continue to collect donations for the Reynolds Home.”

Getting to Know Ariana Martell

What brought you to Texas Tech?

Texas Tech has always been my dream school.

What has been your favorite memory at Tech?

The Masked Rider running across the field on gamedays