This is the fifth time in more than 40 years that the student-led group has been recognized. 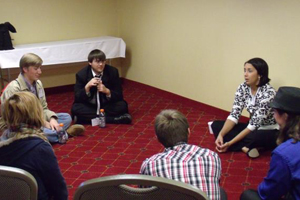 Texas Tech University’s Society of Physics Students (SPS) recently won an Outstanding Chapter Award from the organization’s national office.  This is the fifth time in more than 40 years that Texas Tech’s chapter has received recognition for its excellence as a top-tier, student-led physics club. The designation is given to fewer than 10 percent of all SPS chapters at universities in the U.S.

“Winning the national recognition means a lot to the Texas Tech SPS chapter,” said Catherine Fielder, chapter president and a physics major from Carrollton. “We work hard all year generating interest in physics for all ages as well as fostering a fun and relaxing environment for our members. Winning this award tells us that we are going in the right direction as a chapter and reassures us that our efforts are paying off. It is so exciting to be recognized by national SPS.”

SPS chapters are evaluated on their level of interaction with the campus community, the professional physics community, the public and with SPS national programs. The Outstanding Chapter Award recognizes high levels of outreach as well as unique approaches to fulfilling the organization’s mission to help students transform themselves into contributing members of the professional community.

In addition to providing physics tutoring to Texas Tech students, Fielder said that SPS members assist with the South Plains Regional Science Fair and host Star Parties for the public at the observatory each year. Last fall, the chapter hosted the Texas Section of the American Physical Society Meeting.

“This upcoming spring, we are hosting a Physics Olympics for area high school and middle school students to compete in three physics-related events,” she said.  This year, the SPS chapter at Texas Tech is advised by David Sand, an assistant professor of physics. Last year, Sung-Won Lee, an associate professor of physics, served as advisor. 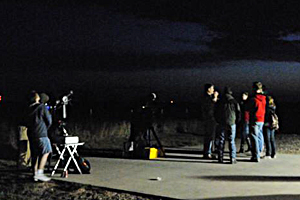 “Personally, I am very happy and proud of our students’ achievement they made for the 2012-2013 academic year,” Lee said. “I am also extremely honored to be part of this prestigious award as a faculty advisor of Texas Tech Chapter of the Society of Physics Students. The award is a testament to the Texas Tech chapter’s personal leadership skills and superior performance and is the direct recognition of the magnificent work the Texas Tech chapter of SPS has been doing, and it has been recognized nationally. We are one of the most active chapters in the nation, and we are one of the nation’s best in physics undergraduate activity.”