The star is so young, in human terms, it would be 'like a baby only a few days old.' 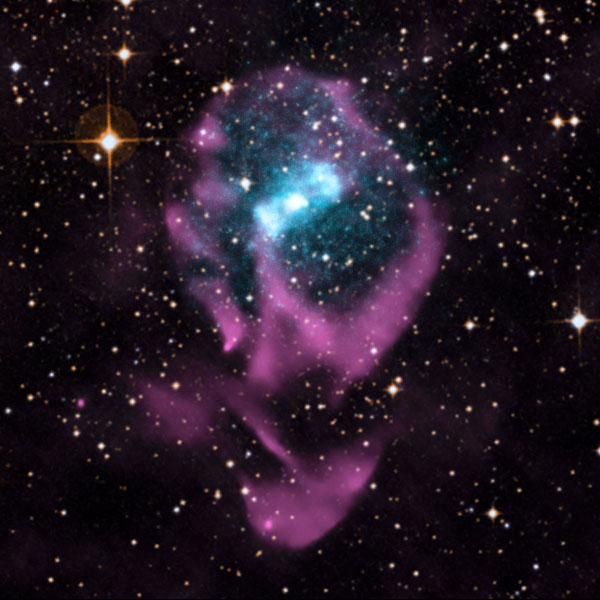 A Texas Tech University post-doctoral researcher was part of an international team of astronomers that recently discovered the glowing wreckage of the youngest-known neutron star yet discovered in a binary system in our Milky Way Galaxy.

Paul Sell, the astronomer who contributed to the research and currently is studying X-ray binaries at Texas Tech, said that younger neutron stars exist. However, none of these are in a binary system that still has the visible nebulous debris around it from its supernova.

A binary system is two objects in space, such as stars or planets, which are close enough that their gravitational interaction causes them to orbit around a common center of mass. Neutron stars are the densely packed, collapsed cores of massive stars that sometimes are left after a supernova explosion.

The results were published in TheAstrophysical Journal.

At about 26,000 light years from Earth, the binary system that the researchers studied is called Circinus X-1. It is the brightest source of X-rays in the constellation of Circinus.

“Circinus X-1 is whoppingly bright in X-rays and, therefore, has been known for a long time,” Sell said. “It’s easy to see. What makes this system so special is that we have discovered a remnant from the supernova that created the neutron star, implying that it is very young.”

Sell said the team found a tell-tale nebula of ionized gasses surrounding the neutron star. By studying it with the help of NASA’s Chandra X-ray Observatory and the Australia Telescope Compact Array, researchers dated the neutron star at about 2,400 years old – the blink of an eye in celestial terms.

“In an analogy to a human lifetime, this neutron star is like a baby that’s only a few days old,” Sell said. “This discovery is important because it provides a unique laboratory to test key theories of stellar evolution, especially about the stage of a star’s life just after most of it has been obliterated in a supernova explosion.” 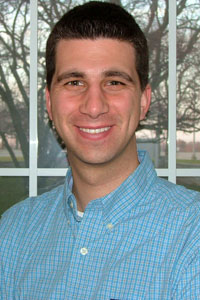 Sell said most neutron stars have a mass of about 1.4 suns packed into a ball with a diameter of just 12 miles (20 kilometers). Usually existing in isolation, only about 100 other neutron stars have held onto their companion stars in the Milky Way.

Circinus X-1 produces X-rays as material from the evolving star spirals in to its denser companion and is heated to very high temperatures, said Sebastian Heinz, lead author and an astronomy professor at the University of Wisconsin-Madison.

Heinz said scientists can look at the nebula of ionized gasses surrounding the neutron star to estimate how long ago the parent star exploded.

“It basically creates the historical record of that explosion,” he said. “These shells of ionized gas don’t last very long, so they are quite accurate clocks for finding things that are recent. They can only be seen for about 100,000 years or so before they dissipate and merge with the rest of the gas and dust in space. This is only a small fraction of the lifetime of an X-ray binary, making the chance to find one in this early phase of its life very small.”

“For example, the unusual oval-shaped orbit on which these two stars swing around each other is exactly what you would expect for a very young X-ray binary,” he said. “This may also have to do with why this infant neutron star has made such a fuss since its conception; powerful bursts and other large-scale features caused by bipolar jets, which are narrow flows of particles moving near the speed light originating from this binary, are only rarely seen in other X-ray binaries.”

“Why that’s the case remains a mystery,” Sell said. “Circinus X-1 appears to be a unique X-ray binary, probably in large part because it is so young.”