Raider Red Needs Your Votes to Grab Bull by the Horns

With $20,000 on the line, Texas Tech faces the University of South Florida in the national championship. 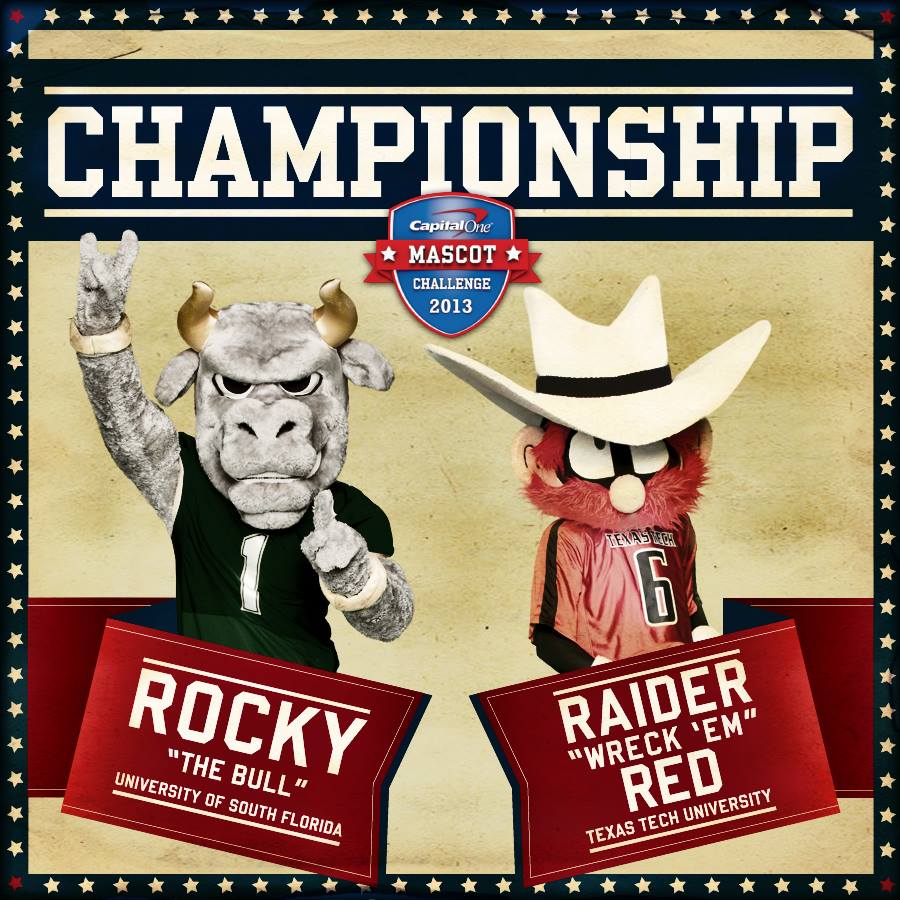 Raider Red, Texas Tech University’s costumed mascot and reigning National Mascot of the Year, has made it to the final round of the Capital One 2013 Mascot Challenge.

The final week of the playoffs finds Red competing against the undefeated Rocky the Bull from the University of South Florida. Raider Red lost to the bull in week three of the regular season. Raider Red bested Sparty from Michigan State University in the semifinals.

Red’s regular season record was 9-3, with his two other regular-season losses coming in week one against East Carolina’s PeeDee the Pirate and week 10 against Wisconsin’s Bucky Badger.

This week’s 25-point challenge is “If your mascot wins the Mascot Challenge, what should the first line of his acceptance speech be?” For 100 points “film or photograph yourself kissing a trophy. Any trophy.” Each upload also must use the #CapitalOneRaiderRed hashtag.