In 2013, we honored 90 years of memories and the life of the first Masked Rider. 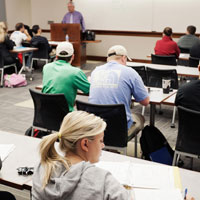 Texas Tech University received notification from the Texas Higher Education Coordinating Board that the request from the Rawls College of Business to create a School of Accounting is approved. 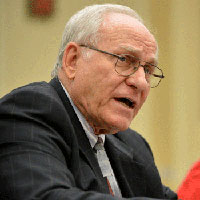 As victims try to untangle their lives left behind in the wake of Oklahoma’s recent deadly tornadoes, a Texas Tech University wind engineer commends the work of forecasters on tracking and locating storms, but urges that a more consistent message to the public regarding reaction and response. 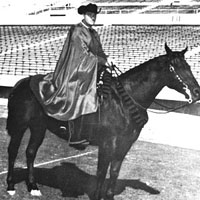 When he rode onto the field at the Gator Bowl in 1954, Joe Kirk Fulton had no idea that Texas Tech’s Masked Rider would eventually be recognized by The Associated Press as one of the top ten coolest college mascots.

Fulton, 81, died Aug. 1 at his home on the Fulton Quien Sabe Ranch in Stonewall. He was a 1954 graduate of Texas Tech with a degree in Agricultural Science, Animal Production. 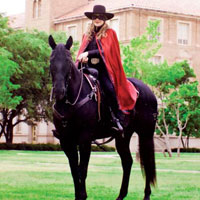 Texas Tech University’s Midnight Matador retired under the ownership of a familiar face. Stacy Stockard Moncibaiz, the 43rd Masked Rider, was transferred ownership of the horse. 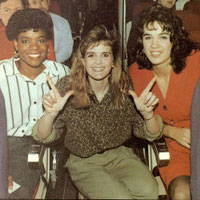 As an Atlanta reporter arrived at the heart of the Texas Tech campus, he was surprised by its emptiness. He was assigned to visit the West Texas town so many across the country had never heard of, and the university that was on the verge of claiming the 1993 NCAA women’s basketball championship

He parked near Memorial Circle, sitting on the hood of his car and listening to the final seconds of the game’s radio broadcast without a single person around. Seconds later, students came pouring out of what seemed like every dorm and building. It was complete chaos, he said. 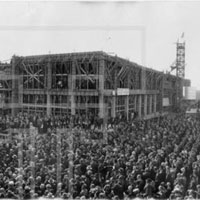 Lubbock was chosen as the future site of Texas Technological College in August 1923 with the help of Texas State Senator William H. Bledsoe, who authored Senate Bill 103 and called Lubbock home. 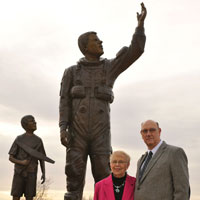 In the College of Human Sciences, a poster for the “Willie McCool Memorial Half Marathon and 5K Run” hangs on the office door of Texas Tech University’s Barent “Barry” McCool, an assistant professor in the Department of Restaurant, Hotel and Institutional Management.

McCool beams with pride while speaking of his eldest son, Willie. For a time, McCool introduced him as “my astronaut son,” but says that is not how Willie wished to be known. 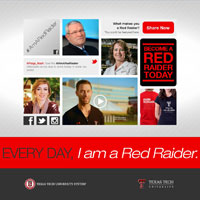 Every day, I'm a Red Raider

From the first African-American to walk in space, to the youngest head football coach in a BCS conference, to the anchor of “CBS Evening News,” Red Raiders everywhere are helping shape the world in their own unique way.

Those contributions are celebrated in a newly unveiled national marketing campaign titled, “Every day, I’m a Red Raider.” 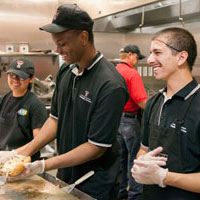 According to a Glassdoor report, Texas Tech University is the number one university to work for in the nation. 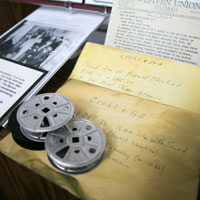 On the 50th anniversary of his assassination, we look back at that tragic day. Investigations in the past 10 years point squarely to Lee Harvey Oswald as the lone gunman, said one Texas Tech University expert.

Meanwhile, at Texas Tech’s Southwest Collection/Special Collections Library, materials from the Waggoner Carr and George Mahon Collections focus on Kennedy’s visit to Texas, his assassination and the aftermath.