The School of Law and the Rawls College of Business have positions in the 2014 editions of The Best 169 Law Schools and The Best 295 Business Schools.

Texas Tech University’s School of Law and Rawls College of Business have garnered positions in the 2014 Princeton Review’s The Best 169 Law Schools and The Best 295 Business Schools, respectively. The comprehensive reference books are available at book stores. 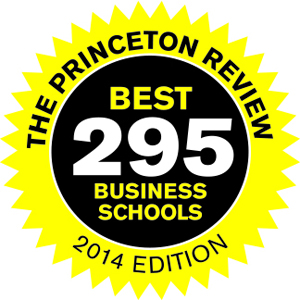 The Princeton Review does not rank the schools on a single hierarchical list or name one school best overall. Instead, the book has 11 ranking lists of the top 10 schools in various categories.

Each school that appears in the Best 295 Business Schools and in the Best 169 Law Schools received an Admissions Selectivity rating, and the schools from which they received student surveys were also given Academic Experience, Professors Interesting, Professors Accessible and Career ratings. Only the top 10 schools in each of the 11 ranking categories appear on the ranking lists.

Conducted during the 2012-13, 2011-12, and 2010-11 academic years, on average, about 109 students at each law school and 68 students at each business school were surveyed for the lists in the 2014 editions of the books. The 80-question survey asked students to rate their schools on several topics and report on their experiences at them.

About the Rawls College, the article states, “Executive-style MBA programs offer the option of a convenient block scheduling system that students like (“We meet twice a year for seven days straight, eight hours a day”) or a one-weekend-a-month calendar. Rawls has custom designed a number of combined degrees and executive-style MBA programs to fit the needs of professionals of all stripes.” 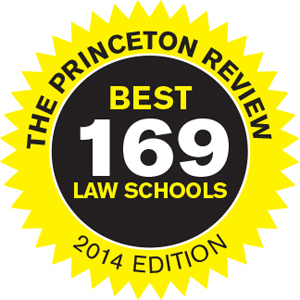 The Rawls College offers a wide variety of core courses.  The article cites student comments that instructors are beyond knowledgeable in their fields and are also easy to access for questions about course work or the job market in their particular field. “I have never met anyone within the program that was not willing to help the students succeed.”

In the listing for Texas Tech School of Law, the article states that when it’s time to start looking for a job or clerkship, Texas Tech maintains “a great reputation in the Texas legal markets as producing hard-working, effective lawyers,” and that students choose Texas Tech precisely for that reputation and are proud of the results.

A third-year law student said, “I’ve been told on several occasions that a firm would rather pick up a Texas Tech law graduate who knows what to do when he steps foot in the office than some Ivy League grad who knows more about theory and less about how to get the job done.”

The Princeton Review compiled the lists based on its surveys of 18,500 students at the best ABA-accredited law programs in the country and gathered statistical information on many more law programs (including several in Canada) and 20,300 students attending the at the best AACSB-accredited MBA programs in the world, and on school-reported data. Only schools that permitted the Princeton Review to survey their students were eligible for consideration for these lists.

The books are two of 200 Princeton Review titles published by Random House.  The company is not affiliated with Princeton University.