Tony Kushner changed the scope of the modern and contemporary theater scene with his plays and conversations about education, politics and art. 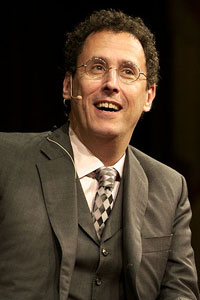 Pulitzer Prize-winning playwright Tony Kushner changed the scope of the modern and contemporary theater scene with his plays and conversations about education, politics and art. Now, he is coming to Texas Tech University to discuss his experiences as a playwright and activist, and kick off this year’s Presidential Lecture & Performance Series.

“A Conversation with Tony Kushner” begins at 7 p.m. Oct. 25 in the Allen Theatre of the Texas Tech Student Union Building. The event will be facilitated by Mark Charney, chairman of the Department of Theater and Dance.

Kushner writes about controversial subjects in contemporary history, including AIDS, Afghanistan, German fascism and Reaganomics, the rise of capitalism, as well as racism and the civil rights movement in the South.

“Tony Kushner is, without a doubt, the most important American playwright actively writing today,” Charney said, “not only because of the ground he broke with his Pulitzer Prize winning two-part drama, ‘Angels in America,’ but also because of his talents as a screenwriter and a political activist.”

Kushner’s play “Angels in America” won the Pulitzer Prize in 1993 as well as numerous Tony Awards. He is also an Academy Award-nominated screenwriter for Steven Spielberg’s “Lincoln” and is a 2012 National Medal of Arts Recipient. 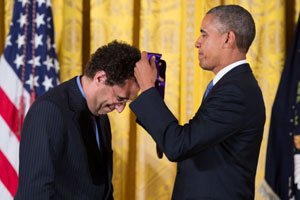 Charney plans to discuss Kushner’s philosophy on politics, education and society, and to learn how he applies his beliefs to the plays he creates.

“In ‘Angels in America’ and ‘Homebody/Kabul,’ Mr. Kushner did the remarkable,” Charney said. “They have more breadth than most plays, and are rightfully called epics. I look forward to discussing the origin on these shows, what drives him, and how he has become one of the most important voices in our generation.”

Kushner will be available for a book signing following the event.

The College of Visual and Performing Arts will host Kushner as a visiting scholar, an appointment made possibly by the Maegene Nelson Visiting Scholar Program in cross-Disciplinary Arts.

General admission tickets for the discussion are $18 and are available through all Select-A-Seat locations. Call (806) 770-2000 or visit www.selectaseatlubbok.com. Season tickets can be purchased for $75.

Texas Tech students receive one free ticket with a valid student ID at the Student Union Building information booth located at the entrance to the Allen Theatre.