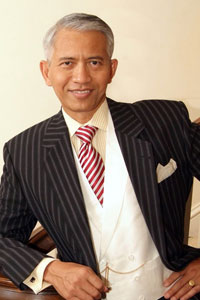 Siv is the author of two books: “Golden Bones” and “Golden Words.” A book signing will follow his lecture.

This is the first event in the series of distinguished speakers hosted by The Vietnam Center and Archive, which is made possible by a grant from the Helen Jones Foundation. It is part of an effort to enrich the study of the Vietnam War’s lasting influence on American politics, society and culture and on contemporary issues in Southeast Asia.