He will become chancellor emeritus when his retirement becomes official in 2014. 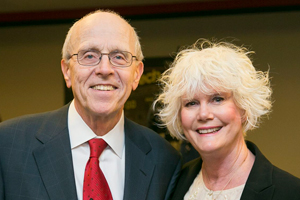 Hance and his wife Susie.

Hance, who became chancellor on Dec. 1, 2006, said serving his alma mater “has been a dream for me. I love what I do, and I want to continue to help this great institution any way I can.”

After becoming chancellor emeritus, Hance will maintain an office on the Texas Tech University campus and will be available to assist the TTU System’s next chancellor on projects. He will continue to teach his extremely popular seminar class on leadership.

“Texas Tech was fortunate to have Kent in a leadership position," said President George W. Bush. "He loves the Red Raiders and leaves behind a better university. I wish my friend all the best.”

“Chancellor Kent Hance’s decision to step down as head of the Texas Tech University System marks the end of an incredible era not just for the System, but for higher education in Texas," said Texas Governor Rick Perry. "Thanks to his leadership, higher education is more affordable and accessible to thousands of Texans. As chancellor, Hance helped the Texas Tech University System raise an astonishing $1 billion, much of it during the nation’s economic downturn."

"He also led the effort to hold the line on tuition increases and creation of a $10,000 degree at Angelo State University," Perry said. "His legacy will be felt by countless Texans for generations to come, whether they are graduates who proudly hang a diploma on their wall from one of the System’s outstanding institutions, or anyone who benefits from the ideas, innovations and initiatives brought to life through the Texas Tech System.” 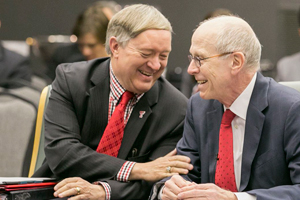 Hance and Texas Tech President M. Duane Nellis share a laugh at the Board of Regents meeting.

“We recently concluded a capital campaign that raised more than $1 billion for the Texas Tech University System. I’m proud of that and want to thank our generous donors for helping grow our great institutions.”

Hance came to the chancellor’s office in late 2006 with a plan to grow the TTU System by expanding its number of components; increasing enrollment and promoting student success; strengthening academic quality and reputation; expanding and enhancing research; furthering outreach and engagement; and increasing and maximizing resources.

“The quality of our students is first-rate. We have added a Phi Beta Kappa chapter at Texas Tech University, thanks to our focus on recruiting some of the nation’s top scholars—both faculty and students.”

“Another example of how we are turning out great students is the fact that a survey conducted by the Wall Street Journal in 2010 showed that we were No. 1 in the Big 12 and No. 18 in the nation where employers could find the best graduates!”

“Thanks to the outstanding faculty, our research expenditures have almost tripled since 2006 and are now approximately $200 million a year. Our research has and will have a tremendous impact on Texas, the United States and the world.”

Plans for the Future 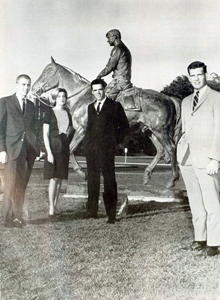 Hance, far left, graduated from Texas Tech in 1965 with a bachelor’s degree in business administration.

In September 2010, Hance and the TTU System launched a capital campaign, Vision & Tradition: The Campaign for Texas Tech, that raised $1.069 billion. It was the most successful financial campaign in the history of the TTU System.

“It has been a tremendous honor to serve this great university,” Hance said. “When my parents dropped me off at Bledsoe Hall in 1961, I fell in love with Texas Tech. The passion still burns bright for me, but it is time for someone else to take the reins of this great system.”

“I look forward to serving Texas Tech and the other great universities in our system in the years ahead.”

“There are a lot of people to thank for the success I’ve experienced during these seven years. My wife and family have always been there to encourage me.”

“The vision of the great members of the Board of Regents has led to much of my success here. It goes without saying that I am willing to do whatever they want to help raise funds and recruit outstanding faculty and students in the future.”

“Finally, thanks to the great students, faculty and staff that we have in Lubbock, San Angelo, El Paso and many other communities throughout Texas. They shared my motto: Dream no little dreams!”

Hance is the third chancellor in the history of the TTU System, which was established by the Board of Regents in 1996 and formally created by the Texas Legislature in 1999. Former Texas Sen. John Montford served in the office from 1996 until 2001 and Dr. David Smith held the office from 2002 until early 2006.

Kent Hance: Through the Years