The university honored for doing the most to embrace America’s military service members, veterans and spouses. 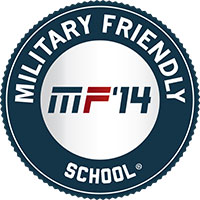 Rated by a Military Friendly School® by G.I. Jobs Magazine

Texas Tech University recently was named to the 2014 list of Military Friendly Schools ® by G.I. Jobs Magazine. The list honors the top 20 percent of colleges, universities and trade schools nationwide that are doing the most to embrace America’s military service members, veterans and spouses as students and ensure their success on campus.

“I am proud of the dedication Texas Tech has shown in its continued commitment toward our students who serve and have served, as well as toward their dependents,” said Texas Tech President M. Duane Nellis. “We wish to provide the best possible environment for students of all backgrounds, and we are fortunate to have the resources and facilities to accommodate the brave young men and women who have made tremendous sacrifices for our country.”

This is the fifth year the university has received this designation.

“Texas Tech remains committed to meeting the needs of military personnel, veterans and their families, and our continued recognition as a Military Friendly School is a tribute to the hard work of our faculty, staff and administrators,” said TTU System Chancellor Kent Hance. “Providing quality education and positive opportunities to our military is a major way we can thank active duty personnel and veterans for their service to our country.”
Juan Munoz, senior vice president for Institutional Diversity, Equity and Community Engagement echoed these sentiments.

“Texas Tech is proud to be recognized for a fifth consecutive year as a military friendly campus,” Munoz said. “The number of veterans and military dependents continues to increase at our university because of its pervasive patriotism and world class education. Students that have represented our country in uniformed service, and their family members attending the university, clearly understand that the quality of education they receive at Texas Tech will prepare them for the next stage of their professional lives. As current Texas Tech students they obviously believe, that ‘From here, it’s possible.’”

Texas Tech hosts a veteran specific website, a VA office and the Military and Veterans Programs (MVP) unit within the Division of Diversity, Equity and Community Engagement. Last year, Texas Tech also joined the “Got Your 6” campaign.

“We are very excited that Texas Tech University has been named Military Friendly for the fifth consecutive year,” said Ryan Van Dusen, director of the Military and Veterans Programs. “It is humbling to be selected, but it shows the commitment of the entire campus community in providing a supportive environment where military personnel, veterans, and their families can succeed academically. I am confident that the caring nature of the campus community is what makes Texas Tech University a national leader in providing a quality education for veterans and their families.”

Now in its fifth year, the 2014 list of Military Friendly Schools ® was compiled through extensive research and a data-driven survey of more than 10,000 schools nationwide approved for VA tuition funding. The survey results that comprise the 2014 list were independently tested by Ernst & Young LLP based upon the weightings and methodology established by Victory Media. Each year schools taking the survey are held to a higher standard than the previous year via improved methodology, criteria and weightings developed with the assistance of an Academic Advisory Board (AAB) consisting of educators from schools across the country. A full list of board members can be found at http://militaryfriendlyschools.com/board.

Of the schools polled, only 1,868 were designated Military Friendly Schools ®.