James McBride is the first guest in the lecture series that is free and open to the public. 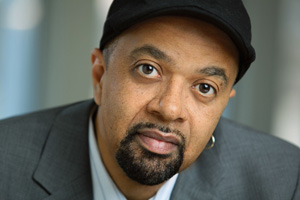 Three renowned speakers will visit Texas Tech University throughout the 2013-2014 academic year to discuss various aspects of African-American history in a lecture series.

Karlos Hill, assistant professor in the Department of History, said the series brings scholars to campus to speak and engage with students, faculty, staff and community members who are interested in African-American studies.

“The purpose is to encourage individuals in the community to come together to celebrate African-American history,” Hill said. “People who are interested in, have a passion for, or just want to hear a great lecture, should come out and hear great lectures.”

The series begins 6 p.m. Oct. 24 in the Allen Theatre. Novelist James McBride will share the story of John Brown, a white American abolitionist, who attacked the largest arsenal of weapons in America in 1859, spurring the start of the Civil War.

“He’s going to speak in a way that is entertaining, and in a way that is compelling,” Hill said. “Any student, faculty or staff interested in learning an aspect of American history that is typically not talked about, will get to see that in a very interesting format.”

McBride uses gospel and spiritual music to better contextualize John Brown’s raid on Harper’s Ferry. McBride’s band will also be in attendance, and they will perform gospel songs from the mid-to-late 19th century.

His discussion will be based off his latest novel, “The Good Lord Bird.” McBride is a New York Times best-seller, as well as a musician and screenwriter. His work has appeared in The Boston Globe, People Magazine and The Washington Post, as well as Essence, Rolling Stone and The New York Times.

On Feb. 6, Tricia Rose, professor and chairwoman of African-American Studies at Brown University, will discuss the role hip hop plays in United States and world politics in a lecture called “Hip Hop Wars.”

The African-American History Month Lecture Series is sponsored by the Office of the President, Office of the Provost, and the Division of Institutional Diversity, Equity and Community Engagement.

All events affiliated with the African-American History Month Lecture Series are free and open to the public.

College of Education to Receive $4.7 Million