That 1926 performance was made possible thanks to the support of some famous financial backers. 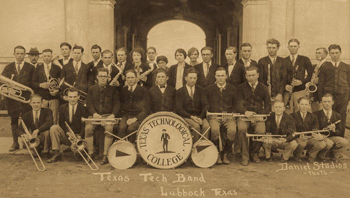 The first Texas Tech band to perform at a road football game.

Long before it had earned the moniker “Goin’ Band from Raiderland,” Texas Tech’s band travelled for the first time almost 90 years ago to play in its first away game – a near unheard-of activity at the time.

Though the football game against TCU on Oct. 30, 1926, would end in Texas Tech’s loss, the event would serve as a big win for Texas Tech’s brand-new band, which made the trip thanks to the support from some famous financial backers.

American vaudevillian, cowboy and humorist Will Rogers and Fort Worth Star-Telegram publisher Amon G. Carter gave $200 and $100 respectively so the 80-piece band was able to follow the football team all the way to Fort Worth.

“It was first time the band got to travel and support the new football program,” said Duane Hill, associate director of bands and director of athletic bands at Texas Tech’s School of Music. “Traveling like that was unheard of in those times. It’s also an interesting fact that Will Rogers was willing to support the band in going to TCU. We all know Will Rogers was an important fixture in our history. Our band program was very young and started in 1925. It was cool for us to receive that kind of support.” 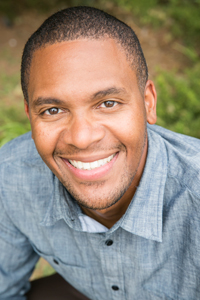 Texas Tech may have been the second or third traveling band, Hill said. The Fighting Quaker Band at the University of Pennsylvania supposedly traveled 30 years prior. Exact details of why the band wanted to travel to this game or what prompted Will Rogers to donate are sketchy, he said.

According to “The First Thirty Years,” explaining Will Rogers connection with the fledgling college is tangled in legend. For certain, the book states, Rogers came to Lubbock on Oct. 29 that year to speak in the auditorium of Carroll Thompson Junior High School.

In his informal remarks, Rogers claimed to know all about Texas Technological College and commented on the coach of the football team, though he joked he had never heard of the president.

Later that night, Rogers and Texas Tech President Paul Whitfield Horn rode the same train to Fort Worth, the book states. Several Lubbock citizens made sure prior to Rogers leaving that he was acquainted with Horn on the platform before the train arrived. The book also cites a Star-Telegram story claiming that Rogers wanted Fort Worth to see a “real West Texas Band,” and when he heard of the band needing money to travel to the game, he donated.

“That’s part of the mystery behind it,” Hill said. “Rogers knew it was a new band program, and he wanted to put his support behind it. He was trying to do whatever he could to support the football team at an early stage. He was kind of an advocate for it.”

Minutes from a Board of Directors meeting in 1926 also denote Carter handing over the $200 check from Rogers and one for $100 from his own account. 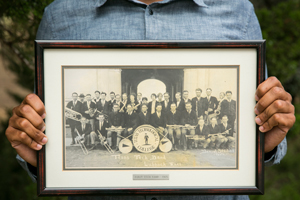 According to “The First Thirty Years,” TCU became the first Southwest Conference team to play Texas Tech, called the Fighting Matadors at the time. The Horned Frogs won 28-16, but that would be Texas Tech’s only loss that year. Three games ended in scoreless ties.

See the cover for The Toreador the day before the game here.

“It’s cool that TCU is back in a conference playing Texas Tech again,” Hill said. “It’s great to see TCU getting back into the fold a bit to start this rivalry again.”

Red Raiders Stripe Out the Jones