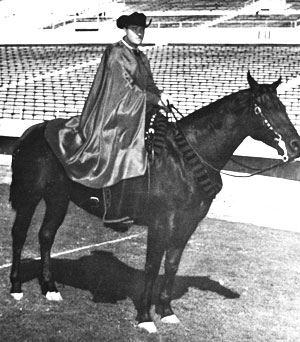 With Fulton as the Masked Rider leading the team onto the field for the first time ever, the underdog Red Raiders defeated Auburn 35-13.

When he rode onto the field at the Gator Bowl in 1954, Joe Kirk Fulton had no idea that Texas Tech’s Masked Rider would eventually be recognized by The Associated Press as one of the top ten coolest college mascots.

Fulton, 81, died Aug. 1 at his home on the Fulton Quien Sabe Ranch in Stonewall. He was a 1954 graduate of Texas Tech with a degree in Agricultural Science, Animal Production.

“Joe Kirk Fulton was known far and wide as being the first official Masked Rider, and that was indeed an honor,” said Texas Tech University System Chancellor Kent Hance. “But it was his love for Texas Tech that was truly outstanding. Today we lost a great Red Raider.”

To date, 51 other student riders on 14 horses have followed him. Texas Tech is recognized around the world by the mascot he originated.

“The Masked Rider is certainly one of the world’s most recognizable mascots, and Texas Tech University owes a great deal of gratitude to Joe Kirk Fulton for that,” said M. Duane Nellis, Texas Tech’s president. “It is amazing to think that his love for the university inspired him to begin a tradition that is now more than 50 years old and one of the most beloved of our university. The entire Red Raider family mourns his loss.”

For Fulton to do something that has become so iconic to the university was certainly not his intention, said Stephanie Rhode, spirit program director and chair of the university’s Masked Rider Advisory Committee. 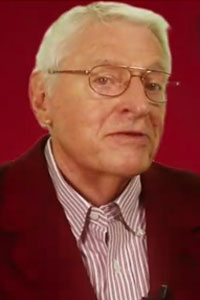 “He took a risk, he dreamed a big dream. Now people all across the country and the world know Texas Tech by what he started.”

The Masked Rider was the brainchild of DeWitt Weaver, Texas Tech’s fifth head football coach, who led the team from 1951-1960.

Weaver noticed early in his tenure that Texas Tech was the only Southwest Conference school without a mascot. Just before the 1954 Gator Bowl, in which Texas Tech played Auburn in Florida, he decided to bring the Red Raider moniker to life.

“DeWitt Weaver knew my mother and dad and knew that I was an ag major, so he came to me,” Fulton said in a 2011 interview. “The first game was going to be the Gator Bowl, so I agreed to do it. That’s how it all started.”

Little did Fulton know the favor would change Texas Tech forever. His ride had an immediate impact; with the Masked Rider leading the team onto the field for the first time ever, the underdog Red Raiders defeated Auburn 35-13.

The next morning, Atlanta Journal sportswriter Ed Danforth wrote, “No team in any bowl game ever made a more sensational entrance.”

Fulton was Masked Rider for two more years before handing off the reins to Jim Cloyd. And thus, the tradition was born.

“It means a lot to me, the fact that I was honored to be the first,” Fulton said. “I feel very honored that it became the tradition that it did.”

In lieu of flowers, donations are suggested to the Masked Rider Endowment Fund or the American Quarter Horse Association.

The Masked Riders and their hometowns from the 1950s: