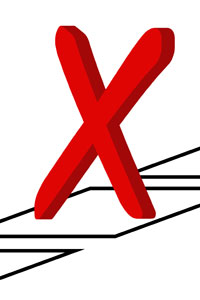 Policymakers and researchers often assume terrorist attacks are intended to have an effect beyond the physically targeted victims, and recent research co-authored by a Texas Tech University political science expert suggests they do.

The study found that terrorist attacks motivate citizens to vote, said Gregg R. Murray, an assistant professor of political science at Texas Tech. The findings were published July 12 in the peer-reviewed journal,Journal of Peace Research.

“Terrorist attacks are threatening and novel political events that induce anxiety,” Murray said. “We believe this anxiety leads people to scrutinize the political environment more closely and to place greater value on upcoming political events and activities, including elections and voting.”

The article, “Voters Versus Terrorists: Analyzing the Effect of Terrorist Events on Voter Turnout,” was co-authored by Joseph Robbins of Shepherd University, and Lance Y. Hunter of Georgia Regents University. The article focuses on the effect of terrorism on voting behavior via citizen emotions.

Traditionally thought of as an irrational basis for decisions, research shows that to the contrary negative emotion in particular often triggers psychological mechanisms that stimulate greater information-seeking and thoughtfulness about decisions to be made.

The researchers’ interest stemmed from traditional concern in political science with voter turnout and increasing attention in the research community to terrorism.

“Terrorism is a political tactic that has caused more than 65,000 deaths in about 28,000 attacks in 150 countries since 2001,” Robbins said. “As a result, political scientists have spent more time looking at terrorism. And given that violent political conflict can have a significant effect on public opinion, the connection with voter turnout is something that had to be investigated.”

To test their theory, the researchers conducted cross-national analyses. The analyses included 51 democracies and more than 350 legislative elections conducted for more than 30 years. It also used two geographically and definitionally distinct datasets of terrorist events. The results of the analyses indicate there are important electoral consequences of terrorist attacks.

If terrorists target democracies because they hope to produce political changes, as some research suggests, then increased voter turnout is an early indicator as to whether or not the attackers’ strategy is effective. Clearly, this study does not confirm that terrorist attacks produce their intended result; it does show, however, that voter turnout is impacted by terrorist events in a theoretically understandable manner.

For more details on the article, visit http://jpr.sagepub.com/content/50/4/495.abstract.