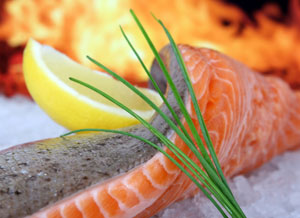 Study shows good evidence that people should eat more foods rich in PUFAs, such as almonds, walnuts and salmon.

However, as those who consume MUFAs regularly may attest, these foods may not fill them up for very long. Now, there’s some evidence to back that up.

A team led by a Texas Tech University researcher is looking at how dietary fats affect satiety and feelings of fullness.

In a recently completed study, the team determined that polyunsaturated fatty acids (PUFAs) and SFAs lead to greater satiety than MUFAs.

“Because MUFAs lead to greater heart health than do PUFAs or SFAs, it might be helpful in terms of satiety for people to eat something in addition to foods containing MUFAs, such as a lean protein,” said Jamie Cooper, assistant professor in the Department of Nutritional Sciences.

The study was completed by comparing how meals rich in PUFAs, SFAs or MUFAs affected the satiety hormone, peptide YY (PYY) in normal weight females.

However, Cooper explained maintaining a diet rich in MUFAs still is important for overall health.

Despite feelings of fullness, Cooper said it’s important not to overeat foods rich in SFAs because they can have negative health consequences.

Cooper said the research is good evidence that people should be eating more foods rich in PUFAs, such as almonds, walnuts and salmon, in addition to taking fish oil pills.

Cooper’s team will follow up this research with a similar study on obese female subjects.