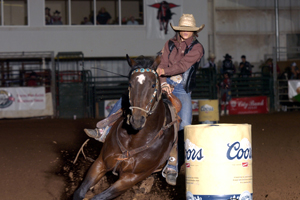 Shelby Janssen will compete in the barrel racing event.

A foursome of Texas Tech students are hoping history will repeat itself.

“About 55 teams across the nation out of about 200 institutions that have college rodeo teams will be in attendance,” said Chris Guay, Texas Tech’s rodeo coach, who is retiring after this trip.

“Students will be at home or actually traveling to rodeos each week competing on the way up to Wyoming,” Guay said. “They will arrive in Casper on June 6.” 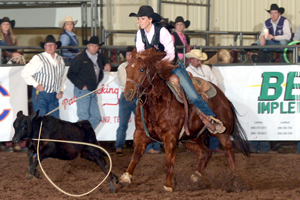 Guay will join them on Saturday.

Guay said they will be in good shape to do very well. He said all six students have been competing at non-sanctioned rodeos to keep their competitive spirit alert.

“They have been doing lots of conditioning with horses, and Zach Peterson is ready for the bull riding,” Guay said. “I hope they win it all. A team championship would be nice and a few single-event national championships are always a plus.”

Guay is retiring from coaching after 20 years, including four with Wharton County Junior College, to train horses and spend much more time with his own kids. “I am really excited about life after rodeo,” Guay said. “It would be a fun way to end my career seeing the guys and girls doing well.”