How scientists and the Texas Tech Tissue Libraries worked together to understand the 1993 epidemic. 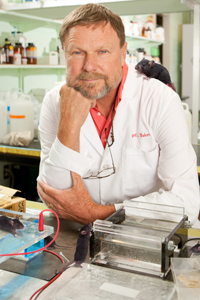 It still hurts some people in the Four Corners area to think about the hantavirus. A group of young, healthy people died. Families lost members. Because the virus attacked more Native Americans, racial issues swirled and people were stigmatized and labeled.

Staying Prepared for the Next Possible Outbreak

Since the initial outbreak and the public health education that followed, people living in the Southwest have learned to be careful around rodent droppings. That’s not to say that cases don’t still occur.