Founding dean has helped the College of Media and Communication keep up with the times. 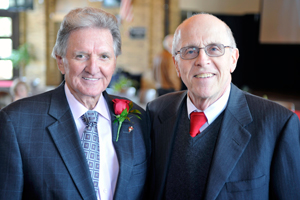 Newspapers, a handful of television channels and AM and FM radio – which, of course played music from vinyl records – were about the only types of “mass media” available when Jerry Hudson came to Texas Tech University as an assistant professor in the Department of Mass Communications in 1978.

A lot has changed since then.

Hudson will retire July 31, and now if he wanted to, he could tweet the news to his followers, share it with his Facebook friends and blog about his adventures in retirement. He could broadcast the news on any of hundreds of television stations and air it on numerous streaming radio stations.

As communication has made advancements during the past 35 years faster than a cell signal hits a tower, so has the college for which Hudson is the founding dean.

“Credit for the establishment of the College of Mass Communications, now the College of Media and Communication, should no doubt be shared by several individuals,” said Don Haragan, Texas Tech president emeritus and professor. “But the principal driver among them was Jerry Hudson. It was his effective and persistent leadership that not only resulted in college status but in the academic excellence of the college and its faculty today.”

Dennis Harp, former associate dean and now retired, hired Hudson in 1978. He worked his way from assistant professor to chair of the department in 1987, which he held until 1992. He was coordinator of graduate studies and director of Institute of Communication Research from 1993 through 1997. Hudson again served as director of the school from 1998 to 2004, when he was appointed dean of the finally formed College of Mass Communication that fall. 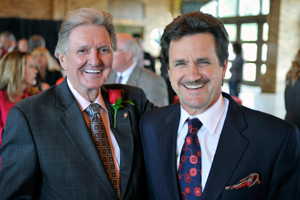 Hudson had many supporters and mentors during his years guiding the college, especially in the earlier years when he was still growing into his leadership.

“The late Joe Goodin, dean of the College of Arts and Sciences, gave me that first opportunity in 1987 to serve as chairperson of the department,” Hudson said. “Billy I. Ross and other former faculty members Bob Rooker, Harmon Morgan and Ralph Sellmeyer were others. Dennis Harp, of course – I value his friendship and support of my efforts to be the best faculty member and administrator possible.”

In turn, however, Hudson has mentored countless other faculty members and students. Todd Chambers, chair of the Department of Journalism and Electronic Media, also was a student in the department when Hudson was chairman.

“It seems that Dr. Hudson has talked about ‘being close to retirement’ for about 10 years,” Chambers said. “I’m very thankful that he’s been here to guide us through becoming an independent college, gaining a Ph.D. program and moving into a new facility. I’ve been blessed to have known him for most of my adult life. As an undergraduate student in journalism (B.A., 1988), I had the opportunity to take a public relations course from him.

“During my master’s program, I was also working for a local radio station. Every so often, I would get a phone call from Dr. Hudson asking how things were going and telling me about different types of job opportunities,” Chambers said. “Now as a department chair, I really appreciate this aspect of who he is — a true mentor.  I’ve used the lessons he taught me about mentoring with our alumni — hopefully I can come close to being the great mentor he has been for me. I must say that since coming back to Texas Tech in 1999 I have valued his leadership, vision and, most important, his friendship.”

Changing with the times

Hudson said that since 2001, endowments for scholarship have increased by 500 percent. In 2012 even the name of the college was changed from the College of Mass Communications to the College of Media & Communication to better reflect technological and industrial changes. But, he said the college’s most obvious success was the move to the $25 million newly renovated building. 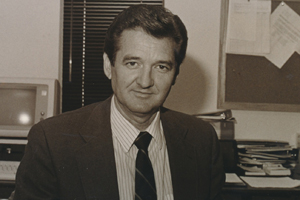 Hudson was hired in 1978 as an associate professor for Texas Tech.

“The spacious facilities are quite attractive and functional beyond expectations,” Hudson said. “We have designated areas specifically for labs, research facilities, meetings, classrooms and student organizations. The new facilities will provide enough space to grow our student enrollment, faculty and staff.”

The original building, located on the northwest side of Memorial Circle, was 78,000 square feet and was shared for a time with the Department of Communication Studies.

“We had a lot of wasted space, for instance, in the TV studio – it was large,” Hudson said. “But here there is 192,000 square feet – 2 ½ times more. So I would say we have about 90,000 square feet of our own. There are 32 classrooms and none of them are designated to us, which means there is room to spare. We have labs that are ours, but the classrooms are for other courses in other areas.”

Hudson said technology is difficult to keep up with. Changes happen faster and more frequently and the college has to implement programs to keep its graduates competitive in the job market.

“Things happen so fast in the industry, and typically curriculum changes lag behind current trends by the time you get through the planning and approval process,” Hudson said. “These days, it certainly can happen that some of the things we teach to freshmen are no longer relevant by the time they are seniors.” 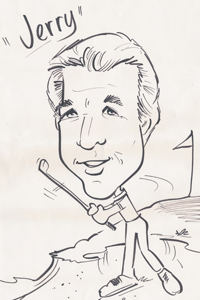 One of Hudson's favorite pastimes is golf, which is depicted by this caricature drawing.

Which means, Hudson said, keeping faculty trained and on top of the latest developments so they are able to teach those new trends and technologies.

The college has adjusted by hiring several “professors of practice” to keep up with trends and to instruct in real-world experiences. Hiring people from industry who are not tied to research and can bring real practice to the students is a fairly recent trend adopted by other colleges such as the Rawls College of Business and Visual and Performing Arts.

All in all, Hudson downplays his involvement in the development of Texas Tech’s College of Media and Communication.

“I think there is an assumption that I played a much larger role in the things that have happened than I actually have,” Hudson said. “We’ve had a tremendous amount of support from the administration. The faculty members have just been amazing. And the staff has had a dedication to making things better. So I think the final analysis will show I just happened to be here, and the faculty, staff and administrators made things happen.”

And Hudson said he didn’t think of leaving as “letting go.”

“It’s me stepping aside and letting someone else come in to experience the same thing that I have. I’m just going to get out of the way, let the new person take over, and lead.” 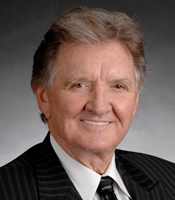 Experience: Hudson was in commercial broadcasting for 12 years including radio and television sales, radio personality, television sports personality and weather. He served as a research consultant on more than 100 marketing/advertising projects including research and marketing plans for banks, hospitals, media companies, political candidates, shopping malls and retail stores.

Leadership and awards: Hudson served as president of the Texas Association of Broadcast Educators and the Southwest Council of Journalism and Mass Communications. He has been recognized by three different university committees for teaching excellence. In 1995, he was awarded the President's Academic Achievement award. The American Advertising Federation’s 10th District honored him in 1995 as the Outstanding Advertising Educator. The Lubbock Advertising Federation awarded him its Silver Medal Award in 2002. The Texas Tech Alumni Association honored him in 2012 with the Distinguished Service Award, which was created to recognize and commend outstanding service to the Texas Tech Alumni Association and/or Texas Tech University.