Academy-award nominated performer to give the keynote speech during annual banquet May 3. 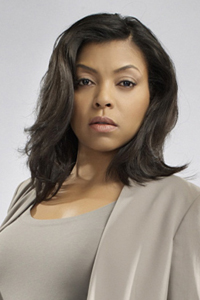 Henson arrived in Los Angeles as a broke, single mom, with no connections, no house, no car, and no job. Fifteen years later, she was personally asked by Tom Hanks to co-star in his latest film, “Larry Crowne.”

Along the way, she wound up singing the chorus to an Oscar-winning anthem in front of 80 million television viewers during the 2006 Academy Awards; earned an Academy Award nomination for Best Supporting Actress opposite Brad Pitt in David Fincher’s “The Curious Case of Benjamin Button;” and has since acted alongside Jim Caviezel, Julia Roberts, Tina Fey and Steve Carell.

“Each year we do an exhaustive search for the best possible speaker, who will inspire and motivate those in attendance,” said Cory S. Powell, director of Mentor Tech. “We are honored to have such an accomplished actress as Taraji P. Henson. We expect it to be an elegant and empowering evening.”

The program pairs students with faculty and staff members to assist them in their academic, social and cultural adjustments to Texas Tech University. More than 2,500 students have been provided service through the program. In the last seven years, more than 530 student participants have graduated from the university. Since its inception, the program has awarded more than $88,000 in scholarships.

Tickets for the banquet are $60 each or $75 for a pass to a VIP reception with Henson.