'The Big Bang Theory' Star to Speak at Texas Tech 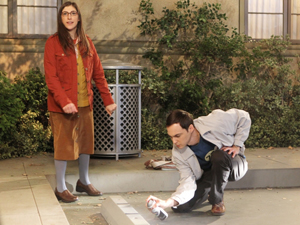 Texas Tech University will host actress Mayim Bialik at 8 p.m. March 28 in the Student Union Building’s (SUB) Allen Theater. Bialik is known for her current role as Amy Farrah Fowler on CBS’s “The Big Bang Theory” as well as her former role as the title character on NBC’s “Blossom.”

The event is brought to Texas Tech by the Honors College, University Student Housing and the Tech Activities Board.

Bialik, who has a doctorate in neuroscience, will speak about the work of the brain, behavioral development, her life as an actress and scientist and the relationship between “The Big Bang Theory” and its audience.

“We are thrilled to be able to host Mayim Bialik,” said Heather Medley, director of Admissions and Alumni Relations for the Honors College. “Combining a successful career in the entertainment business with a Ph.D. in neuroscience from UCLA, Bialik provides a fantastic combination to really make science cool and funny.”

Tickets for the event are $12 for the public and can be purchased through any Select-A-Seat outlet or at www.selectaseatlubbock.com. Student tickets are free and can be picked up at the SUB information desk with a student ID.

Luck of the Irish, or Red Raiders?