Though more studies needed, the search for 'God' particle may be over. 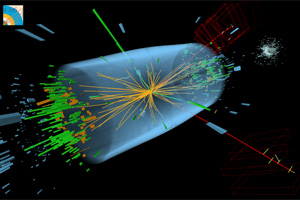 The finding last July was recorded with a CMS detector at a proton-proton centre of mass energy of 8 TeV.

Members of Texas Tech University’s High Energy Physics Group working at the European Organization for Nuclear Research, (CERN) said the particle collider charged with finding the most basic form of matter has most likely discovered the elusive “God” particle after all.

At this time, further analysis of evidence from an elementary particle found last July in the Large Hadron Collider (LHC) “strongly indicates” that scientists finally have discovered the elusive Higgs boson. Proof of its existence could finish work begun five decades ago, answer many questions about the universe and cement the Standard Model of Particle Physics.

“I do not think there is any doubt that the data, about 2.5 times more of it since the July 4th announcement last year, suggest existence of a Higgs-like particle,” said Nural Akchurin, a professor of physics at Texas Tech and member of the High Energy Physics Group. “Additional data help constrain its properties, for example, its spin and parity.  As expected in the Standard Model, its spin seems to be zero with positive parity. Finding Higgs shows that our understanding of the Standard Model of Particle Physics was and is correct. That’s a big deal.”

Akchurin has served in leading roles in one of the two major experiments at CERN that is called the Compact Muon Solenoid (CMS). He is an expert in calorimeters, a detector that measures the energies of fundamental particles that serve as “catcher’s mitts” to grab evidence of Higgs.

With today’s announcement, scientists believe most recent measurements of the particle discovered last July are consistent with the Standard Model Higgs boson, but further studies still are needed to confirm this.

Other possibilities, while less likely, can’t be ruled out yet. These include a supersymmetric Higgs, a composite Higgs, or even something not Higgs-like, such as a graviton.

Scientists at CERN announced July 4 that they may have found evidence of the Higgs boson.

First imagined in the early ’60s and since dubbed the “God” particle, physicists believe the Higgs boson is responsible for giving mass to particles – basically nature’s smallest building blocks. They make a pencil a pencil or a rock a rock instead of loose energy floating around in space.

In July, researchers with the High Energy Physics Group said they and other scientists discovered forensic evidence – a shadow or an impression – of the elusive Higgs boson. 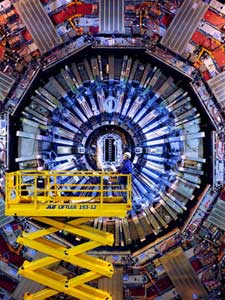 To find Higgs and answer other physics questions, scientists accelerate opposing beams of protons to near the speed of light in the 17-mile, circular Large Hadron Collider, which lies underground near Geneva, Switzerland and is considered one of the great engineering milestones of mankind. As these protons are shot around the circular tunnel, the CMS catches what is created when these protons crash into each other.

Somewhere in the melee of these particles’ high-energy collisions, researchers have watched for evidence of the Higgs boson that can be identified by the products of its decay.

“It is a unique adventure to explore new territory in physics, and this comes with some trepidation,” Akchurin said. “But, I never doubted that the experiment would succeed to perform as desired.”

Akchurin and three other Texas Tech professors were responsible for designing and building the calorimeters that have contributed to these historic discoveries sure to usher in a new age of physics. The only ones like them in existence, the calorimeters now collect data and hunt for many different phenomena as well as the Higgs boson as collisions occur.

“Some of us invested large portions of our scientific careers into this exploration,” Akchurin said. “I must admit the July 4th announcement last year was special for me in more ways than one.  Discoveries tend to be like a flash of light: They are exciting, but last a fleeting moment.  In this case, I think the excitement is still with us. There is more work to do, more questions to answer. The more we learn, the more questions appear.” 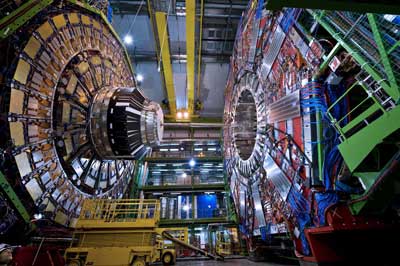 Proof of the "God" particle may answer many questions about the universe and cement the Standard Model of Particle Physics.

In Higgs theory, Akchurin said, there must be some mechanism through which you give mass to electrons, quarks and other fundamental particles. Perhaps Higgs gives mass by holding the void of space together with strands of energy. Finding that mechanism could close the loop in assigning known masses.

On Thursday, (March 14) Sung-Won Lee, an associate professor of physics at Texas Tech, was discussing recent Higgs results at the Higgs Quo Vadis conference at the Aspen Center for Physics in Colorado.

“People here at the Higgs conference look very happy,” Lee said. “This is an exciting moment. It’s truly amazing to see such spectacular and beautiful results using full LHC data. So far, everything is statistically compatible with Standard Model Higgs, but all measurements still statistically limited. We really need to make sure that the particle we observed is either the Higgs boson of the Standard Model or something completely different in the context of the beyond Standard Model.”

Lee watches the calorimeters and hopes to catch Higgs and other particles. As data accumulate and different analyses are put together by different groups of scientists, a clearer picture starts to emerge.

The process is arduous, and requires the work of many dedicated scientists from around the world, he said. Discovery in this experiment belongs to the many, not just a few. But scientists still need to double-check their work, Lee said.

“In order to give a final answer, these beautiful results should be checked precisely and further precision measurements on Higgs properties like couplings and spin/parity should be performed,” Lee said. “I believe the era of precise Higgs measurement has just started, and we will very soon make a transition from discovery to measurement.” 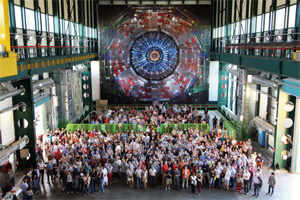 Two Texas Tech professors were part of the large group of scientists who conducted research at CERN that produced the breakthrough results last July.

About a year ago, the CMS scientists published a paper that described where Higgs wasn’t. As more data was collected, Higgs had less and less room to hide and now the data suggest that this significant excess in lighter mass region may be the Higgs boson.

The team also searches for evidence of other new phenomena, such as dark matter. Researchers believe up to 30 percent of the universe may be made of dark matter, but as of yet, it hasn’t showed either.

“Texas Tech is well integrated into this international research effort,” Lee said. “We play a leading role in that part. I’m happy to say we’ve done a good job over many, many years. I believe that Texas Tech’s High Energy Physics Group at CERN has excellent teamwork, and that is why we’ve done so well for many years.”

Finding Higgs may have answered one question, but many more remain, Akchurin said.

“Though another accelerator may be needed to probe the bounds of the new particle, the LHC has served its purpose as a discovery machine that still will be useful to finish uncovering what already has been discovered and perhaps more,” he said.