Professors Honored for 45 Years of Service

Robert Baker and Allan Kuethe both started at Texas Tech in 1967. 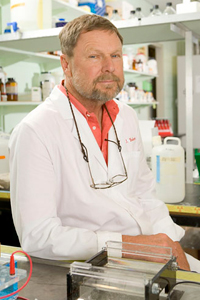 Three faculty members are being honored for 45 years of service, or exactly half the lifetime of the university, at the 2013 Length of Service Awards on Thursday (March 28).

Presented annually, the Length of Service Awards recognize staff and faculty members for their employment longevity with Texas Tech. This year’s ceremony will be at 3 p.m. in the Hall of Nations at the International Cultural Center.

Overall, 257 employees will be recognized, ranging from 15 to 55 years of service. Robert Baker, Horn Professor of Biological Sciences, and Allan Kuethe, Horn Professor of History, both started at Texas Tech as assistant professors in 1967.

When deciding where he wanted to teach, Baker said it was important the university have a doctoral program. At the time, Texas Tech had doctorate students, but had never granted a doctorate in biology. He still remembers the first student who received a doctorate in his second year with the program.

In building the program, it was really a blank page to start from scratch in developing how to teach the classes to how to write research grants.

“I think you have to have a lot of faith that everything’s going to be alright,” he said.

Kuethe said he had choices when deciding where to become a professor, but Texas Tech seemed to have the best future as one of the elite universities in Texas. He said stayed at Texas Tech because he was fortunate enough to rise rapidly within the program, eventually becoming a Horn professor in 1990.

“There had only ever been one Horn Professor of History, so that was quite an honor,” he said. “That is a memory I don’t think I can ever duplicate.”

Kuethe had trouble picking one favorite thing about his tenure at Texas Tech, but said he has always enjoyed students as well as support for his research.

“The students here are very well-mannered and easy to work with,” he said. “It’s a pleasure to teach here.”

Baker also said the reason he’s stayed at Texas Tech is because of the students. They always are excited to work toward their degrees and take pride in that effort. Baker said he is still friends with many of his first students.

“Seeing my students turn into successful and wonderful people, I think is one of my favorite things about being at Texas Tech,” he said. “College professors have the opportunity to point students in the right direction.” 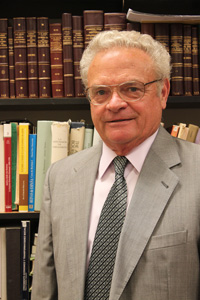 Baker remembers one student who, after completing an undergraduate degree in biology, was going to work on airplane engines with his dad since he didn’t know what else to do.

Baker convinced the student to stay at Texas Tech and earn a master’s degree with him, and today, he has been the president of the American Society of Mammologists and created one of the most successful data mining businesses.

Over time, Baker received opportunities to go to other universities, but he said West Texas turned into his home and this is where he’ll spend the rest of his life.

“When I came to Texas Tech, I definitely knew I would only be here for two or three years,” he said. “I would just be here long enough to get some grants and build a record to compete for a better job.”

Even after 45 years, it’s easy to hear the excitement in Baker’s voice as he talks about the field of biology and how it’s constantly changing, and he expresses the same level of excitement about Texas Tech.

“I feel like we have a real pride in the university that wasn’t there in 1967,” he said. “People are now really all about red and black and there’s a real pride in being a Red Raider.”

To Kuethe, that school spirit is something he’s always noticed about Texas Tech.

“Perhaps because the students are, to some degree, isolated out here, they tend to develop a very strong attachment, much more so than students at urban universities where they don’t have that sense of community,” Kuethe said.

One thing Baker said has never changed is the value system at Texas Tech.

“I think we’ve always been committed to giving an excellent education and to working with students,” he said.

Kuethe said he has mixed emotions leading up to the awards ceremony recognizing him for 45 years at Texas Tech.

“The memories of when you first walked onto campus flash before you,” he said. “I can still remember the first class of students I taught, then suddenly you realize you’re getting close to the end. But I think it’s very nice and important that an institution observe these courtesies, and I’m pleased to be a part of it.”